Coming Soon to a Store Near You: University Branded Jeans

Students, fans, and alumni now have another way to show their school spirit. PCCA officially announced the creation of a new line of jeans that display university logos on the pockets and will be created from PCCA members’ cotton spun into denim at American Cotton Growers and sewn into jeans at Denimatrix.

The idea behind the jeans originated with PCCA President and CEO Wally Darneille. College students wear jeans by nature, and Darneille saw an opportunity to expand into an untapped market. 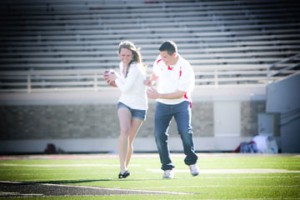 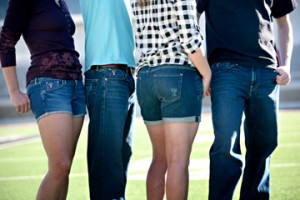 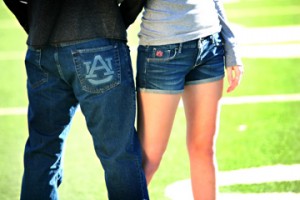 Eduardo Gutierrez, Denimatrix’s Director of International Markets, said PCCA initially will market the jeans to three prestigious universities then expand to more universities with the overall goal to make them a nationwide product. Samples were made with logos for Texas Tech University, The University of Alabama, and the current national football champion Auburn University.

Since last summer, PCCA employees and Denimatrix designers have been hard at work to produce the high-quality, fashionable jeans. Focus groups also were used to see what styles would be viable. Nine focus groups were conducted in Texas and Alabama, and on-the-street interviews also were conducted in the two states. For the focus groups, volunteers were selected from three target audiences: students, alumni, and fans of each of the chosen universities. The street interviews were conducted on game days at the universities where volunteers were presented with samples of the jeans and were told about the concept behind them. The “intercepts” included interviews with students, alumni, and fans, specialty shop owners, and managers who carry collegiate licensed products and apparel.

At the end of February, PCCA showcased the line of jeans in the Campus Merchandise Exhibition (CAMEX) in Houston, Texas. It was a great opportunity for PCCA to show off its latest product to buyers representing bookstores and specialty stores that sell collegiate merchandise.

“As people support their school with spirit, they’re also supporting it with contributions to that university,” Darneille said.