49 Years of Dedication to PCCA

During his 42 years of service to cotton producers, ginners and PCCA, Don Clary has earned respect and admiration for his unrelenting dedication to his work. That’s why, after his retirement in January, he will be sorely missed.

Clary has worked in the cotton industry since 1963. For the first 16 years, he worked at various coop gins in Texas where he held many positions including bookkeeper, running a supply store and assistant gin manager. Therefore, he became familiar with the ins and outs of ginning.

In 1979, Clary started his career at PCCA as a field representative in Lubbock and eventually was in charge of the cooperative’s online gin bookkeeping system. His responsibilities included selling the system to coop gins and training gin personnel to use it.

“When I came to PCCA, we didn’t have the online system so the gin bookkeeper had to send all of the data to us, and we would print out reports and send them back,” Clary says. “There were about 20 gins on the system that we initially had to convert to the online program, and by the time I was transferred to South Texas, we had 100 gins online.” Darryl Lindsey, vice president of operations for PCCA, supervised Clary for 20 years.

“He had a great understanding of the marketing options for our growers,” Lindsey says. “He tailored the electronic gin bookkeeping system to what was needed in the gin industry and was instrumental in getting it established.”

Meanwhile, PCCA’s South Texas Division headquartered in Corpus Christi was struggling due to a low volume of cotton marketed. Dean Church, PCCA’s vice president of Grower Services, says the cooperative was considering shutting down the division. However, Clary was sent to manage the operation in 1986, and now, the South Texas operation is handling more than 700,000 bales annually; an incredible turnaround.

“He was real good about getting out and calling on gins,” Martin recalls. “He felt comfortable talking to gin managers, and he would make the rounds at least once a month. They hadn’t ever received that kind of attention, and he got real popular down there in South Texas in a hurry.” Church says he did not come to fully appreciate Clary until the South Texas Division became part of his responsibility.

“Don helped me learn my role, “Church says. “He told me he would do whatever he could to help, and he meant it. He has been an asset to PCCA by bringing success to our operation through his devotion and service,” Church adds.

Clary says there are many things he will miss after retiring, but he will miss most the daily contact with gin managers, producers and the staff at PCCA. 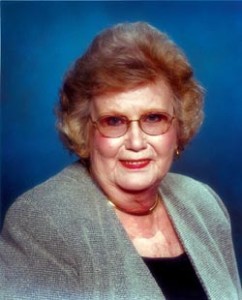 Doris Bird, office manager in the South Texas Division’s Corpus Christi office, also is retiring in January. Bird has worked for PCCA for 23 years and had the same dedication and devotion to helping PCCA members.

“She really knew all the growers and had a great relationship with gin personnel,” Lindsey says. “Doris ran the office in South Texas, putting in a lot of hours during the harvest season. She just did whatever was needed to get the job done.”

“It takes dedicated people,” Clary says. “She gets along well with people and is always able to help.”

“Those two kept our members satisfied, handled an incredible workload, and did an outstanding job,” Lindsey says. “They are absolutely wonderful people, and we are certainly going to miss them.”