From the Great Depression to Great Changes 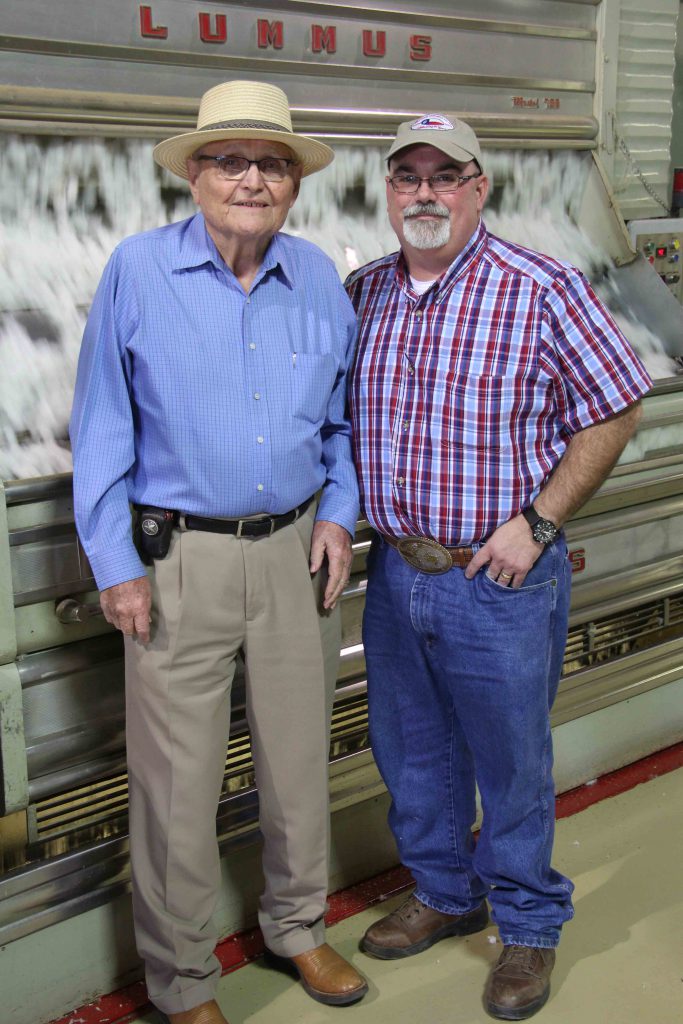 The Story of Max and Dan Jackson

During the Great Depression of the 1930s, a farm boy in West Texas worked hard to tend to the animals and crops on his family operation to make a living during a time of extreme economic difficulty. Today, the boy is a wise man who sits with his son and reflects on the lessons that farm life taught him and continued to serve him into his cotton farming and cotton-ginning career.

The wise man is Max Jackson of Slaton, Texas. His son is Dan Jackson of Meadow, Texas. Both men have made a living in the cotton industry and have a combined experience in gin management of more than 60 years. Max began his cotton- ginning career after the drought of the 1950s led to the loss of his farming operation.

“My first job was at McClung Coop Gin which is part of Acuff Coop Gin now,” Max said. “I started there in 1965.” Following his first job, Max spent four years during the 1970s at Earth Coop in Earth, Texas. Today, that gin is known as Springlake- Earth Cotton Growers. Max said during that time, farming treated people well and made his job even more enjoyable.

“Farmers had so much money, I even had one that bought a Mark IV Continental for a farm car! It was a wonderful time,” Max said. “Everybody had money, and they bought all of the equipment they needed. It was something else.” Max enlisted his wife to become his bookkeeper not long after Dan was born, and she held that position for 20 years. Max then finished up his ginning career at Union Coop, now Texas Star Coop, and retired in 1998 along with his wife.

“I spent 24 years at Union and retired, and I am tired,” Max said. “Still tired!” Following in his father’s footsteps, Dan Jackson did not start his career in a gin but found himself pulled in by the people and the experiences he had growing up around a gin office.

“I was actually in sales and had an opportunity to go to Swisher Coop Gin so I took it,” Dan said. “I started there, then went to Roscoe for three years and that was a great place to be. In 2002, I came to Meadow for an interview and have been here since.” Dan also mentioned that his family played a role in his choice in becoming a gin manager.

“I had a good example in the office and in the gin watching my dad and mom. I watched the hours they put in and the things they did,” Dan said. “Dad was always spending other people’s money and was cognizant of that fact. Everything he spent money on improved the efficiency of the gin and the return back to the producers.”

During their ginning careers, Max and Dan both experienced advances in the cotton industry including gin efficiency, crop yields, cotton modules, and marketing technology from PCCA.

“It has been a great change even since I retired,” Max said. “With the gin, the mechanization and everything changed. That is the reason they are able to gin so much cotton in an hour today.” Max also said the cotton varieties grown today have increased in number and improved. He said during his childhood, if anybody was able to make a bale to the acre they were doing good, even on irrigated cotton. Another change the Jacksons lived through was the introduction of the cotton module which Dan said he remembers well.

“I can remember riding to Lubbock out by the airport to Bush Hog and picking up the first module truck they bought at Union in 1977. I was about nine,” Dan said. “That was the coolest thing I had ever seen around the cotton gin. I can remember that.”

“That sure changed the cotton industry,” Max said. “Before that, farmers kept buying trailers, and all that did was increase the amount of trailers that were on the yard. It was a fiasco. We got rid of the trailers then, and now it seems like we are going to get rid of everything except the round bales.”

As the mechanization of the gin and the development of the module changed the face of the ginning industry, so did the introduction of PCCA’s TELCOT marketing system in 1975. Better known among producers as the “green tube,” TELCOT was the predecessor to the modern day marketing system The Seam, and was the first electronic marketing system for cotton. Each coop gin office that was affiliated with PCCA had a monitor connected by phone lines to the mainframe computer located at the PCCA office. The monitors then reflected the current trade statistics for cotton and allowed gin clerks to sell their producers’ cotton right from the gin office.

“One thing about PCCA,” Dan said, “they were there from the get-go. They were there when we got the first green tube, and I can still remember it getting put in. The farmers would come stare at the screen and drink coffee every morning.” 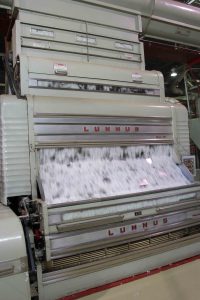 Despite the technological advances that vastly improved the cotton industry, Dan and Max both endured the hard times of West Texas agriculture. Back then and today, the Jacksons have pushed through difficult times to take care of their families.

“I was raised during the depression and you don’t forget times like that,” Max said. “We lived on the farm and everything that we had came from the farming we did. There’s always years that are better than others. Of course, that is farm life. I went to work to buy groceries and to take care of my family.”

“The recent drought was tough,” Dan said. “Trying to manage for the things you cannot control is the biggest challenge. You never know what will happen with the weather and the crops and the market. Every day, you are doing whatever you can to add to the producer’s bottom line. That is our whole job in running this coop.”

The trials and triumphs of the cotton industry taught Max many important life lessons as did growing up in the era of the Great Depression. He later passed his advice on to Dan who continues to use what his father taught him.

“He always took care of the money,” Dan said. “For being one of the smaller gins, he returned a lot of money back to those producers and always did. It was because of him hanging on and doing things himself and taking care of stuff that he was able to do that. I learned just how hard that is to do when I started out.” Dan also said that Max taught him how important business ethics are no matter the circumstances he might find himself.

“Dad’s biggest thing was that the ethics side of the business is the cornerstone of it,” he said. “Everything else will fall into place, but you have to treat people the way you want to be treated, and your business ethics can’t be questioned.”

“You sure can’t handle situations by yourself,” Max said. “You have got to be honest, and I hope that is the main thing I have instilled in Dan, that he will do things that are ethical and right.” Just as Max has left behind a legacy for Dan to follow, Dan said he hopes to leave one behind for others to follow as well.

“I hope that they always realize that everything we try to do here is to benefit the grower and to maximize the efficiency of the plant; that we always have their best interest at heart when we make a decision.”