Landlocked in a Global Market: Supply Chain Innovations That Deliver

Before they are consumed, almost all commodities require a transformation in time, location, and form. Texas, Oklahoma, Kansas, and New Mexico marketers have always wrestled with the problem of how to efficiently deliver cotton produced in largely rural areas to a textile mill on the other side of the world. Fortunately, innovations at the PCCA warehouse facilities in Altus, Oklahoma, and Clearwater, Kansas, are two solutions to the challenge.

In 1963, PCCA built warehouse operations in Altus, Oklahoma, and Sweetwater, Texas, to add value to its grower-owners’ cotton. PCCA expanded its capabilities by adding locations in Liberal, Kansas; and Rule and Big Spring, Texas. In 2008, the company combined all areas into its PCCA Warehouse Division.

Today, PCCA’s Warehouse Division is an essential link in the cotton supply chain, providing storage, sorting, and shipping. As a result of the 1.2 million bale storage capacity from all warehouses combined, PCCA grower-owners receive the profits generated from these services, adding value to their crop. 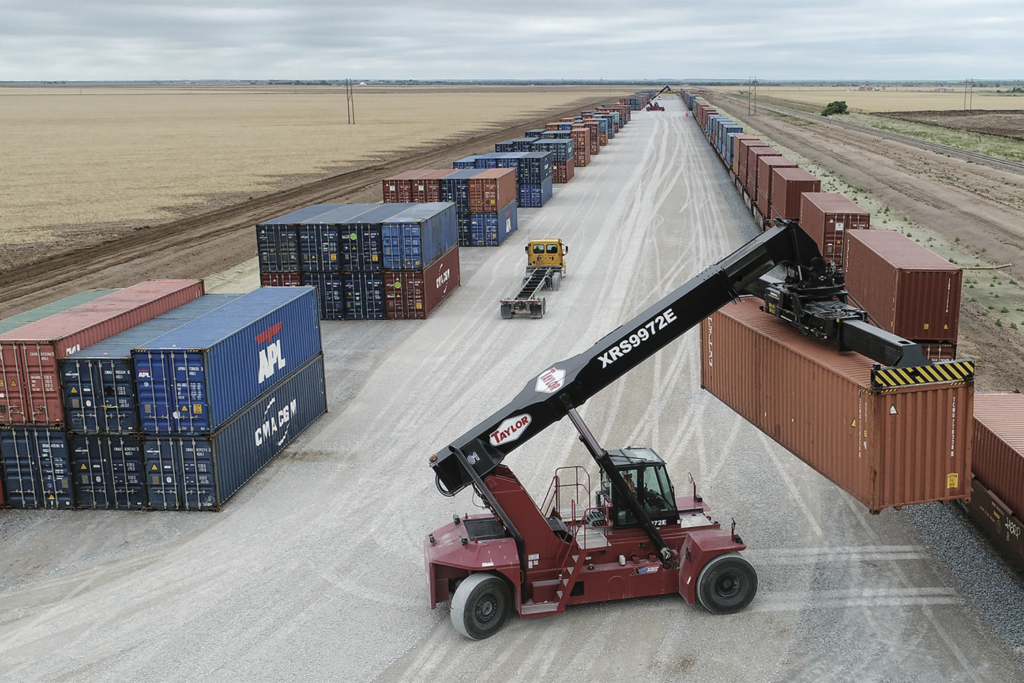 PCCA announced in early November the addition of a high-efficiency rail loading project at the warehouse facilities in Altus designed to reduce the time and resources to move cotton to port.

“The train project gives cotton grown in our region a direct route to the ports on the U.S. West Coast and by extension, Asia,” said Jay Cowart, PCCA’s Vice President of Warehouse Operations. “This improves the efficiency of exporting our grower-owners’ cotton.”

Rather than first moving cotton from Altus to Dallas by truck, trains are directly loaded at the Altus facility. By eliminating the move to Dallas, it stops more than 80,000 road miles by truck annually.

Cowart said the train project began conceptually about three years ago, and the business plan made at the beginning of 2020 came to fruition a year later.

Following the rail’s initial construction, approval for operation by the Burlington Northern Santa Fe Railway Company (BNSF) was given. The Altus location is one of seven private intermodal match-back facilities in BNSF’s network.

Years of work to complete the new rail facility paid off on April 5, 2021. The first shipment of U.S. cotton was exported directly from Altus headed to Southeast Asia. Kevin Brinkley, PCCA’s President and CEO, comment- ed on the comprehensive benefit the finished project would bring.

“As you know, practically all our cotton here goes into the export market, so this is a way to bring a benefit to the growers in this area,” Brinkley said. “We have a reliable selection of high-quality fiber in our warehouse division. Getting that cotton to market more efficiently will enhance the great reputation of southwest U.S. cotton.” 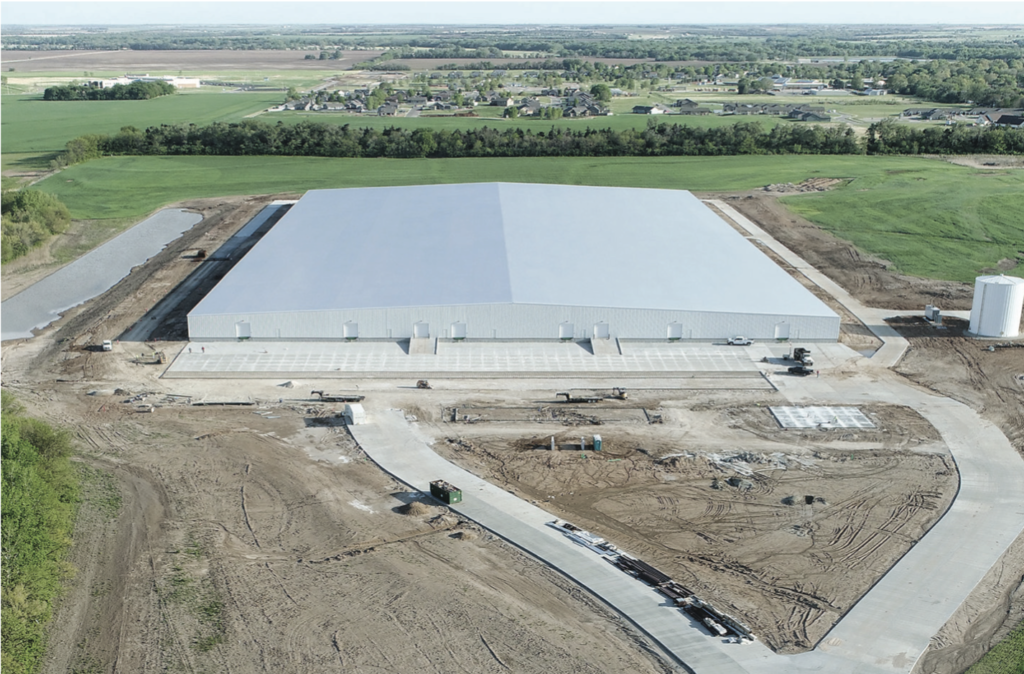 In response to the significant growth and increased cotton production in both Kansas and Northern Oklahoma, the Warehouse Division developed a plan to solve the issues surrounding quantity limits and logistics during shipping.

“Clearwater will fill a capacity and territory void,” Cowart said. “The most expensive leg of the cotton supply chain is from the gin to the warehouse, so this project will not only add needed space but will reduce freight costs incurred by our grower-owners.”

Unpredictable weather and the COVID-19 pandemic have been issues from the beginning of construction. Despite the setbacks, steady progress on the warehouse has continued and should be completed by the summer.

“This project will be complete in plenty of time for the 2021 crop,” Cowart said.

Every project, such as Altus and Clearwater, is analyzed and evaluated through PCCA’s mission of creating value-added marketing programs for its members. While the deliberations to build these new capabilities weren’t easy, PCCA’s Board of Directors followed the cooperative’s legacy of measured risktaking to improve profitability.

“These projects should help improve the efficiency of the cotton supply chain,” Cowart said. “These types of innovations are only possible when growers work together through their cooperative to own their future.”