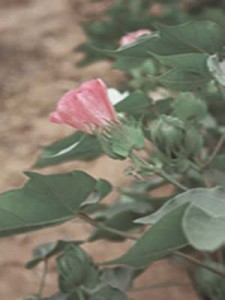 The export market changed considerably in 2008-09 when cotton consumption in China decreased for the first time in 10 years. With a monumental reduction in interest from the world’s largest cotton consumer, PCCA’s marketing staff worked diligently to find new markets for members’ cotton. New customers were identified, relationships were formed, and by the end of the marketing year, the division sold cotton to more than 130 textile mills in 16 different countries. The cooperative observed significant increases in sales to Pakistan, Indonesia, Thailand, Mexico, Peru, Vietnam, and Guatemala.

Despite normal crop conditions in Kansas and Oklahoma, the amount of cotton harvested in PCCA’s service area was smaller due to some producers opting to plant competing crops and a large abandonment rate for the dryland cotton in West Texas. Analysts also blamed weather conditions for a significant increase in extraneous matter in the 2008 cotton crop as the amount of “barky” cotton in Texas reached the highest level since 2004. However, the marketing staff was able to find suitable buyers, and by working quickly, PCCA was fortunate enough to sell all of the cotton before the market was seriously affected by the global recession of 2008-09.

Looking forward to 2009-10, the crop year already has been laden with concerns in Texas, the largest cotton producing state in the nation. In late August, an exceptional drought prevailed in South Texas where some producers reported they received less than three inches of rain in more than 10 months. Although average yields were being reported from irrigated fields in the Texas Rio Grande Valley, dryland production was somewhat disappointing. Due to the drought, a vast majority of non-irrigated stands in South Texas already had been plowed under by mid-July, and some gins did not plan to receive any cotton this season.

Meanwhile, the West Texas crop was developing satisfactorily under fairly favorable conditions. Soil moisture levels across the High and Rolling Plains were normal in late August, and heavy fruit loads were reported in many irrigated fields. The dryland crop, though, remained behind schedule, and as stands entered the heavy fruiting stage, water demands were expected to rise. Therefore, producers hoped for beneficial rains during late August and early September to ensure a uniform crop. While they were at it, farmers also prayed for favorable fall weather in order for bolls at the top of the plants to fully mature before the first freeze.

Cotton acreage in Kansas and Oklahoma remained constant in 2009-10, and producers in both states agreed their cotton was the best seen in years. After a trip in mid-August, Lonnie Winters, PCCA’s Vice President of Marketing, said the cotton crop in Southeastern Kansas probably looked better than any of the cotton in PCCA’s trade territory. He was optimistic about the number of bales to be marketed by PCCA.

“Although the drought in South and Central Texas will affect the yields and harvested acres this year, the cotton in the rest of Texas, coupled with the crops in Oklahoma and Kansas, could bring the crop in our marketing area well above the 5.7- million-bale mark,” Winters said.

“As history tells us, the crop can certainly go in either direction at this time of year,” a market observer said. “I don’t know anyone who thinks we will wind up with less than the 13.2 million U.S. bales estimated by USDA, and with the right odds and some decent weather, 14 million U.S. bales in 2009-10 isn’t a bad bet. However, I suspect that consumption will be the key (market) figure this season,” he concluded.

Meanwhile, traders also were watching the lackluster Indian monsoon which was thought to be hindering potential cotton production. As the second largest cotton producer in the world, India competes with the United States for China’s cotton import market. Generating cotton sales to China is incredibly important as the nation is the world’s top cotton and textile producer. If the cotton crop in India is smaller than expected, there is a chance for more U.S. exports in the upcoming year.

“This season, we expect to have a large amount of cotton in the three states served by PCCA,” Winters said. “Cotton producers in India have struggled with adverse weather and pest management issues that could severely damage the crop in that country, leaving an opportunity for the U.S. to increase its export market share in Pakistan and China. We are confident in our ability to maintain the trading relationships we’ve gained in the past year and are excited about the prospect of expanding our market even further,” he concluded.