The Texas Agricultural Cooperative Council (TACC) presented awards to four outstanding individuals in recognition of their dedication to the success of the cotton and cooperative industries. The awards ceremony took place during the organization’s annual meeting in Corpus Christi, Texas, on March 17, 2008. 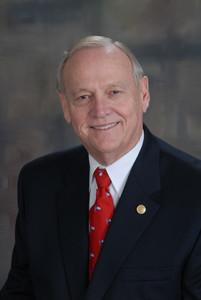 Paul Wilson was named the Cooperative Ginner of the Year by TACC. Wilson graduated from Texas A&M’s Agricultural Engineering program in 1981 and began working as an engineer for Continental Eagle in Fresno, Calif., where he met his wife, Janet. After several transitions and relocations, Wilson and his family made their final move in 2000 to United Cotton Growers Cooperative near Levelland, Texas.

Wilson, with the help of United Cotton Growers’ Board of Directors, consolidated two gin plants into one. The new gin produced more than 60 bales per hour, making the plant more efficient and more profitable to growers. As one of the largest gins in the nation, the coop has ginned approximately 158,000 bales per year, and in just seven seasons Wilson has ginned more than 880,000 bales.

“There have been an elite few ginners whose vision and foresight have forever changed the landscape of ginning, but Paul Wilson’s name should be added to that roll,” said Dean Church, vice president of grower services at Plains Cotton Cooperative Association. 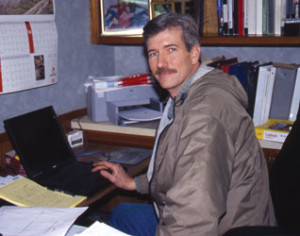 David Swinford received the TACC Distinguished Service Award for his commitment and leadership in the Texas House of Representatives. Spending most of his life in the Texas Panhandle, Swinford grew up in an agriculture environment and graduated from Texas Tech University with a degree in agricultural education. He began his career as a grain elevator owner and operator and a grain merchandiser. Being elected to his local school board eventually led him to run for state representative in 1990. He has since represented the agriculture industry and Texas citizens in the state legislature for 18 consecutive years.

Many of his accomplishments have made paths for new beginnings. Animal rights bills, environmental bills, and many food and water bills came through the House Agriculture and Livestock Committee in which he served as chair and defended the agriculture industry. Swinford currently is chairman of the House State Affairs Committee.

Possibly Swinford’s greatest accomplishment was his influence for the continuation of the coop franchise tax exemption. Swinford has served as vice chair of the Texas Republican Caucus and is on the board of the Texas Rural Caucus.

For the first time in 74 years, TACC honored two individuals with the Cooperator of the Year award. Their joint effort was described by Charlie McQuhae, presenter of the award, as “a trust level between two people beyond definition.” Heinie Bade and Arlen Goebel together faced challenges and triumphs that eventually led to a very successful business and partnership.

Bade served on the board of Associated Milk Producers, Inc. (AMPI), which today is known as Dairy Farmers of America. He also served on many committees and held several leadership positions.

Arlen Goebel was hired by Bade in 1973 as general manager of DeWitt County Producers Association. Bade and Goebel expanded the small business from only three employees, limited facilities, and just 242 members to a large coop that currently serves nearly 800 customers.

These four have raised the bar for agriculturalists and have proved themselves worthy of receiving these honorary and prestigious awards.