The Texas Agricultural Cooperative Council has announced its 2nd annual Academy in Cooperative Excellence will be held January 31-February 2, 2020, at the Inn on Barons Creek in Fredericksburg. The first academy was held in January 2019 in San Antonio and was attended by 45 farmers/ranchers and four co-op employees who heard from and interacted with 14 speakers. 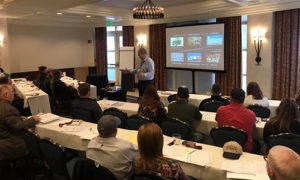 The A.C.E. Program is designed to “cultivate a new momentum and connect the dots for the next generation of farm families and co-op leaders by introducing them to alternative business structures with a special emphasis on the co-op business model,” according to TACC.

“The target audience for this conference are those up-and-coming, emerging leaders within the co- op industry around Texas who have a long-term impact in their communities,” said Christy Lewis, TACC’s Director of Administration and Member Services. “This may include but is not limited to younger or emerging farmers, mid-level/new employees that are newer to the co-op business model and potential directors,” she said.

TACC began hosting an annual “Young Couples” school in the 1980s because even then co-ops had difficulty engaging young farmers. The school continue until 2004 when it was decided most all eligible young farm couples had already attended, according to Lewis.

“If your co-op had an attendee at one of the recent Cooperative Producer Orientation meetings in Lubbock held by the three Lubbock regional cotton cooperatives, they are particularly encouraged to attend the A.C.E. conference as it will act as a ‘Phase II’ training of the cooperative business model,” said TACC Executive Vice President Tommy Engelke when the conference was first announced in November 2018

“We were asked to revive the young couples school, thus the A.C.E. conference was born,” Lewis said. 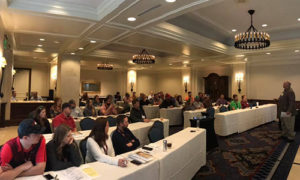 “The TACC Board of Directors enthusiastically endorsed this effort,” Engelke said, “because co-ops still share the common problem of getting younger members involved. “We also need to explain the value of co-ops to the community and encourage younger farmers and ranchers to run for their co- ops’ board.”

Some of comments received from attendees of the first A.C.E. conference included

“I feel that I will personally appreciate my co-op more and try to get more involved.”

“Every young member of a co -op needs to attend this meeting.”

A registration fee of $595 per single/couple is paid by the local co-op. This includes lodging, most meals and the Hill Country wine tour. Incidentals and travel to and from the A.C.E. Conference are not included in the registration fee.