The Future Is Now: Understanding and Reaching the Next Generation of Farmers 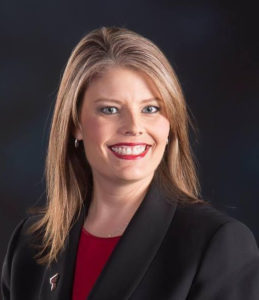 “Well, that is just the way we’ve always done it,” a seasoned father responded to his curious son/business partner in training on the topic of doing business with cooperatives.

“Why is that dad?” responded the son.

As his father named off the numerous benefits he had received fro the co-op over the years, the young farmer continued to diligently work. Even so, repairing the equipment did not take his mind off of the business side of his new operation. Thoughts swirled in his mind as he worked to make sense of everything, and almost nothing at the same time. While he respected his father’s traditional methods, he also had a desire to make innovative business decisions that would propel his business into the future. He kept asking “why” not out of disrespect, but simply to ensure the way things had always been done was still applicable today.

The young farmer previously introduced is an example of a member of the millennial generation and their common approach to decision-making. The millennial generation includes individuals born between the years 1981-1996. These men and women currently make up the largest part of the U.S. workforce (USDA, 2019). According to the USDA 2017 Census of Agriculture, the number of farmers and ranchers under the age of 35 is increasing rather than decreasing. The census reported 321,261 young producers in 2017 compared to 214,106 in 2012 (USDA, 2019).

Erica Irlbeck, Associate Professor of Agricultural Communications at Texas Tech University, conducted research commissioned by the Texas Agricultural Cooperative Council on this matter. The study examined young producers attending the TACC’s Academy for Cooperative Excellence in January 2019, and was conducted using a survey and focus group. The purpose of the study was to learn more about the millennial generation and how co-ops can work to best understand and meet their needs going forward, as they are the future of the industry.

“The reason why I was approached to do this study was that the co-ops feel like they can’t reach millennials,” Irlbeck said. “I think millennials are reachable, it’s just a little different. So, the approach to communicating with them would be a little different than what is traditional. The number of young farmers has been decreasing for years, but in the last Census of Agriculture, it showed an increase. More people are wanting to get into farming and ranching and that is positive.”

What this fact means for the industry is learning how to reach the next generation of farmers effectively and provide for their unique needs is of utmost importance. This begs the question, what makes a millennial different from their Generation X parents or their Baby-boomer grandparents, and how can cooperatives use this information to stay relevant to the up-and-comers?

Getting to Know the Millennials

While millennial farmers have strong work ethics taught to them by previous generations, they may have different methods of conducting business or running the farming operation than their parents and grandparents.

“They just go about things differently,” Irlbeck said. “This younger group, and I am talking about younger people in general, not just millennials, they’re more involved with their kids, they’re more involved in other activities, so they may not be out working while it is daylight. They may go to their kids’ activities and put them to bed and then go out and work some more. So they work differently, but they still work very hard.

Debt and education levels also make this generation unique. Debt accrued from student loans and credit cards contributes to the generation’s reluctance to make major purchases, while having a higher level of education opens the door for other employment opportunities.

“Younger farmers, they may have another job,” Irlbeck said. “A lot of them came of age during the debt crisis so they are very leery about incurring debt, which means they may not buy a farm or house or equipment. I would say do everything you can to keep them farming and ranching because they have options,” she said. “Most of them have a college degree, so they can always do something else. So, do what you can to help them stay in business.”

According to Irlbeck, this generation also prefers to communicate digitally and is reliant on technology, but does have a place in their lives for traditional forms of media such as radio, newspapers and magazines. Simply put, diverse methods of communicating co-op related information would be most beneficial to agricultural businesses working to reach millennials.

“Be open to new ways of doing things and try to involve and reach those younger farmers and ranchers,” Irlbeck said. “There’s not a blanket way to communicate. You’re probably going to have to do some different ways of communicating to make sure you reach everybody.”

“Young farmers and ranchers, they like to be in the co-op,” Irlbeck said. “They like the sense of community that it brings. They like knowing they’re going to be able to pool their cotton or grain or whatever it is they are selling. They like knowing their cooperative can buy in bulk, and usually give them a better price than they could get anywhere else. From the people I talked to, they want to be part of that, they want to see it continue, and they want to see their cooperative flourish.

The research from TACC’s ACE meeting indicated millennials tend to look favorably upon cooperatives when making business decisions and appreciate the advantages and benefits they receive from them.

“They have ownership in it, and that came through probably louder than anything,” Irlbeck said when referencing the focus group discussion. “They really enjoy being a part of a cooperative, and while some participants were members of a co-op because it was their father or grandfather’s decision, the majority made the choice to be in the cooperative on their own. There were other places they could take their crops, but they preferred to go to the cooperative.”

Even so, it is important to note that while the cooperative is the preferred business model, such preference does not guarantee business.

“They’re well informed, and also, they aren’t afraid to shop around. That is what this group said – they’re like, ‘most of the time, the cooperative beats any price out there, but I am going to shop around.’ So, they kind of preferred to support and buy from their cooperative as often as they could, unless there was something drastically cheaper to get somewhere else.”

It is this simple fact that urges the need for cooperatives to continuously work to meet the needs of the younger generation in as many ways as possible. One such way is co-op involvement. Through her research, Irlbeck found that the younger producers had a desire to be involved in cooperative boards and other participatory roles outside of basic membership.

“I would say they want to be involved more than they are truly involved,” she said. “Part of it is an intimidation factor. So, ‘oh I am not old enough or experienced enough to be on our co-op’s board, so I’ll let the older guys do that.’ They also said they’d like to find some ways to be involved rather than jumping right into the board.”

Irlbeck’s study helps provide a greater understanding of millennials and gives insight into how cooperatives can better meet the needs of the next generation of farmers. Some key takeaways about young producers from this research can be useful tools for co-ops of all sizes, and are as follows:

This research clearly indicates that while co-ops are on the right path to keeping their younger members in the fold, there is always room for improvement. The future will be here in the blink of an eye, and the time to prepare for those that will be leading us then is now.