Four well-known cotton leaders from the High Plains area were honored recently by the Texas Agricultural Cooperative Council (TACC) for their dedicated and diligent efforts on behalf of the cotton industry.

Plains Cotton Cooperative Association (PCCA) President and Chief Executive Officer Van May was named TACC Cooperator of the Year, and H.R. “Shorty” Donaldson, manager of the Acuff-McClung Coop Gin was recognized as the Cooperative Ginner of the Year. TACC also presented distinguished service awards to Rex McKinney of Lubbock and Doyce Middlebrook of Shallowater, TX 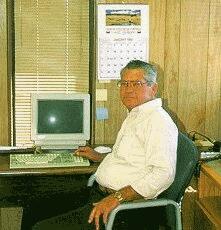 H.R. “Shorty” Donaldson has been described by employees as fair, receptive to new ideas and an impartial employer who makes their jobs easier and more efficient.

One of Donaldson’s most impressive endeavors began in April, 1979, when he became manager of the gin at Acuff, Tx. The gin at that time was heavily burdened by large debt, unprofitable side ventures and a declining customer base.

With the help of some new board members, Donaldson proceeded to sell off those non-profitable assets and surrounded himself with capable and efficient people in the gin plant and in the office. He then began an effective process of turning bank debt into patronage equities.

Two old and inefficient gin plants were combined into a much more efficient operation. As this was taking place, Donaldson continued to win back old customers and bring in new ones. By 1990, his coop gin was not only debt free, but it was only three years behind in stock retirement.

“He came to our coop in the midst of some difficult times and turned a failing business around into a strong, vibrant and highly successful operation,” one of Donaldson’s friends wrote in a letter of recommendation. “The insights he made into the 1991 merger has proven to be one of the most successful mergers of coops in this state.” Donaldson and his wife, Marion, celebrated their 50th wedding anniversary this past October. Their family includes three children and seven grandchildren. 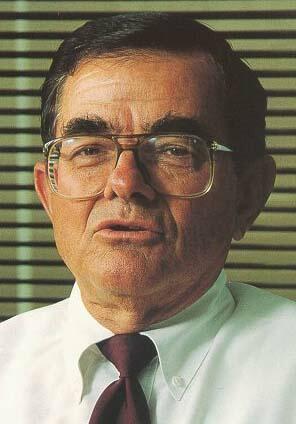 Rex McKinney received TACC’s Distinguished Service Award for his innovation, leadership and service as manager of Farmers Cooperative Compress since 1973
As the compress grew under McKinney’s leadership, more and more cotton was delivered to the facility by coop gins and producers. His innovative methods have made the compress highly efficient, and today it is the world’s largest inland cotton storage warehouse that can break out and load up to 12,000 bales of cotton per day. One of McKinney’s greatest attributes is in the area of financial accomplishments. The financial strength of the compress and the returns it has paid back to nearly 10,000 producer-members has been phenomenal.

McKinney and his wife, Joan, have been married 45 years and they have three children and four grandchildren. 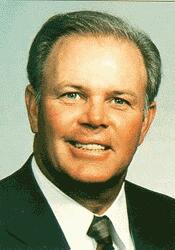 TACC’s other Distinguished Service Award was presented to Doyce Middlebrook, “an extremely dedicated, hard-working, results-achieving individual whose work has reaped financial dividends for the High Plains of Texas and advancement of the cotton industry across the U.S.,” according to his nomination.

Middlebrook began his cooperative service as a director of the Shallowater Coop Gin where he was acting board president for 29 years. As the gin representative, he also served as director and delegate body representative to PCCA from 1969 until 1994, and PCCA elected him as its vice-chairman from 1981 to 1986. Middlebrook again represented Shallowater Coop Gin on the American Cotton Growers board which built and ran the denim mill in Littlefield, TX, until it was sold in 1987.

Middlebrook shared his expertise with the Texas Bank for Cooperatives, serving on its Stockholders’ Advisory Committee as vice chairman, then as chairman. His participation was invaluable and enhanced the good record of the bank.

Middlebrook’s association with Cotton Incorporated (CI) began in 1978 as an alternate director, which continued until 1990 when he became a director and served until 1996. As a director of CI, Middlebrook served on the International Operations Budget Committee and on the Audit Committee. He also has served on the TACC Board of Directors since 1982, where he is currently on the legislative committee. Middlebrook and his wife, Paula, have been married for 36 years. They have two children and five grandchildren.

A letter of recommendation from Van May stated, “Throughout the years of service to the cooperative and cotton industry, he has been a steady example of leadership and is highly respected by his peers.”

May was recognized as the TACC Cooperator of the Year after 19 years of service to cooperatives. After a three-year career in public accounting, May joined PCCA in 1978, and throughout his employment, the cooperative has experienced unprecedented growth in its member base and financial strength.

In 1987 as vice president of finance, May proposed American Cotton Growers (ACG) sell the denim mill which was acquired by PCCA, ensuring continued farmer-ownership of the facility in Littlefield, TX. As a result, more than $100 million was distributed to the farmer-members of ACG. Total earnings from the denim mill have been $121.6 million since that sale. 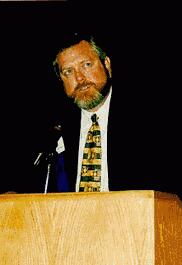 On July 1, 1992, PCCA’s Board of Directors named May president and chief executive officer. When he later addressed PCCA members, May stated his primary duty would be to make more money for the coop’s members and return it to them.

Under May’s guidance, PCCA’s total earnings have been more than $115 million and cash payments have totaled approximately $119 million. Expansion also has been a highlight of his tenure as PCCA has extended membership and cotton marketing services to producers in Central Texas. The denim mill also has undergone modernization, and production capacity has increased 25 percent.

May has also held numerous leadership positions. He is a graduate of the National Cotton Council’s Cotton Leadership Program, he has also served on the council’s Cotton Information Technology Committee and is chairman of the Packaging and Distribution Committee. He has served as a cooperative delegate to the cotton council and as a director of the National Council of Farmer Cooperatives as well as Cotton Council International. He also has served in various volunteer capacities with state and local CPA organizations and Texas Tech and is a director at American State Bank.