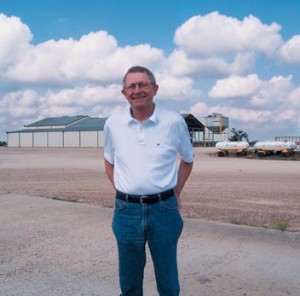 Bob Wilkins, TACC’s Cooperative Ginner of the Year, is the Manager of Danevang Farmers.

The Texas Agricultural Cooperative Council (TACC) recently honored three individuals for their dedication to the cotton and cooperative industries at the organization’s annual meeting in Corpus Christi, Texas.

Cooperative ginner of the year Bob Wilkins graduated from Texas A&M University as a Regimental Commander in 1959. He later served in the Vietnam War and after his military service became an account executive with Kohlmeyer and Company, a grain, cotton and livestock brokerage firm in New Orleans.

“He never demands attention, toots his own horn or will ever be the person at the head of the table,” Bob Weatherford, the presenter of the award, said. “Instead he works diligently, quietly, passionately and with great internal enthusiasm to deliver a better return to farmers and ranchers.”

Wilkins served as chairman of TACC’s Budget and Finance Committee, leading the council through major changes in its dues structure and financial reporting. He also has been active in many other organizations. Wilkins served as director of his local commercial bank, his local chamber of commerce, the American Cancer Society, the First United Methodist Church, and his local Planning and Zoning Committee. 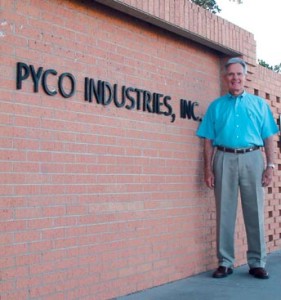 Gail Kring, TACC’s Cooperator of the Year, attended Texas Tech University and had never given a thought to working in agriculture. However, during his junior year in college, Kring took a job working on the scales at Plains Coop Oil Mill in Lubbock.

He graduated from Texas Tech with a degree in business in 1962 and continued to work at the oil mill. He then served as general manager of Lockney Coop in Lockney, Texas, for five years. The local coop had a large feedlot, cotton gin and grain operation, and it grew under his leadership.

Kring returned to Plains Coop Oil Mill in the 1980s and continued to expand his career into accounting, sales and then management. In 2002, he was named CEO of the oil mill.

The recipient of TACC’s distinguished service award, Ed Small, is a water, environmental and agriculture attorney in Texas. Small attended McCallum High School and later the University of Texas.

He has been employed by the Texas timber industry, the sugar cane industry, poultry growers, cotton gins, livestock producers, the boll weevil eradication foundation and other groups.

Small is the past president of the Austin Independent School District Board of Trustees and a former director of the University of Texas Parent Association. He has more than 32 years experience representing clients before state agencies and the state legislature.

“He is so knowledgeable about the state government and has such an inside track on how it works that he solves many of his requests with one or two phone calls while other firms take weeks and years to resolve a matter,” Humberto Vela, director of public relations for the Rio Grande Valley Sugar Growers, said.

Vela said Small knows that the agricultural industry has the ability to move mountains politically, and he has aided in these efforts repeatedly.