Agriculture’s Voices in the Texas Legislature 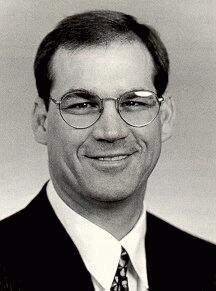 The shift from a rural society to an urban dominated one in Texas has had and will continue to have important consequences for the state’s agricultural industry as fewer legislators can claim direct ties to the land. It is a concern that is never absent from the mind of Speaker of the House Pete Laney, a cotton producer from Hale Center, TX.

Fortunately for the Speaker and for Texas agriculture, there are notable exceptions such as House Agriculture and Livestock Committee Chairman Pete Patterson of Paris, TX. Patterson, a livestock producer, has served 21 years in the state Legislature and is beginning his seventh year as chairman of the ag committee. He sees major challenges as well as opportunities ahead for the agriculture industry.

“We now know that we must not depend on the federal government to be a major supportive force in agriculture,” Patterson said in January. “The Federal Agriculture Improvement and Reform Act of 1996 made that perfectly clear. One of our challenges as farmers and ranchers and legislators is to cultivate and maintain reliable markets for our products.” Patterson also is concerned about the advancing average age of farmers and ranchers.

“We must continue to make a place in agriculture for young people,” Patterson explained. “I plan to introduce minor changes in the Young Farmer program this session that will raise the maximum loan amount from the current $50,000 to $100,000 in order to encourage more participation.” Patterson also is a strong advocate for cooperatives.

“For the future, the real move should be toward cooperatives because of their ability to add significant value to farm products,” he states, citing the American Cotton Growers Denim Mill Division of Plains Cotton Cooperative Association as a good example.

“I’m very excited to be serving on the agriculture and livestock committee and the natural resources committee,” Cook declared. “This way, I can serve agriculture on two fronts.” Cook’s goals as state representative are clearly defined.

“I intend to be a voice for agriculture and make sure nothing detrimental to our industry passes through the Legislature,” he said. “Environmental and water issues are key concerns that will be brought before our state government this session.

I also intend to use this office to help promote the industry in general along with our agricultural products.” The gleam in his eyes confirm his strong commitment.

Monitoring legislation on the other side of the Capitol is freshman Senator Robert L. Duncan of Lubbock, a former two-term state representative. Duncan is a graduate of Texas Tech University with a bachelor’s degree in agricultural economics. Later, he graduated from the university’s school of law and entered private practice.

“I am concerned about the water bill (S.B. 1) because it appears to be moving toward central control of our water resources,” Duncan stated in late March. “We must make sure this legislation doesn’t impede local control of groundwater supplies.” Duncan also is anxiously awaiting the Texas Supreme Court ruling regarding the boll weevil eradication program.

“Depending on the court’s ruling, I’m ready and willing to sit down with all interested parties and address producers’ concerns in a fair, equitable and effective manner,” he added.

“I enjoy public service, and I believe if you want to make a difference you’ve gotta roll up your sleeves and jump in there,” Cook explained. His enthusiasm combined with Patterson’s and Duncan’s experience offer considerable comfort and optimism for the future of Texas agriculture.