Many managers believe there are few substitutes for experience for job applicants. Less training is required, and new employees quickly become productive. Internships available to college students can provide valuable, hands-on experience while enabling companies to identify future employees. Since 2010, 53 college students have gained such experience through summer internships coordinated by the Texas Agricultural Cooperative Council. 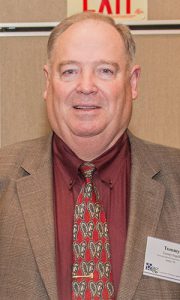 “Our Education Committee conceived the idea and presented it to our Board of Directors,” TACC Executive Vice President Tommy Engelke recalled. “They said ‘We need to do our part to bring labor into the agriculture community,’ and I admired that,” Engelke said. “It was not because the committee saw other organizations and companies offering internships.”

The TACC Board, at that time, included two agricultural economics professors, one from Texas Tech University and one from Texas A&M University. Thus, it was logical to search for intern prospects at those universities. The first year, one student from each university was selected and placed at co-ops in El Campo and Olton, Texas, but interest among other co-ops quickly grew, and students at additional universities were considered. The second year, five interns were selected and placed.

To help generate interest and identify prospective interns, Engelke has visited nine universities since 2010 where he serves as a guest lecturer for agriculture classes. During his lecture, Engelke explains the co-op business model.

“The students, as well as some professors, often are surprised to learn farmers and ranchers can participate in the entire supply chain through cooperatives and add value to their crops and livestock,” Engelke said. “In some cases, they are shocked to learn companies like Sunkist and Welch’s are farmer-owned co-ops.” All internship applicants are guaranteed an interview with a panel of judges consisting of Engelke, professors, co-op managers and former interns. Whitney Curry, TACC’s Manager of Marketing and Communications, helps coordinate the internship program.

“We thoroughly screen the applicants to ensure a good match with the host co-ops,” Engelke explained. “We want to set this up for success, not failure,” he added. Thus far, 18 former interns found full-time employment at co-ops after graduating from college, and 11 continue to work for co-ops. One of those is DeLynn Butler at Ag Producers Co-op’s Bushland, Texas, facility. Butler attended West Texas A&M University and earned a bachelor’s degree in Agricultural Media and Communications. 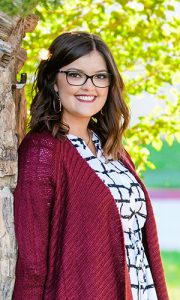 “I spent my summer internship at Spade Co-op Gin plus two weeks at TACC’s office in Austin,” she said. “The experience I gained absolutely led to my job as Ag Producers’ Communications Manager, and I encourage college students to apply for the TACC internship.” The South Region of PCCA’s Warehouse Division started hosting a TACC intern in 2017.

“It’s a really good program because it focuses on the younger generation,” said PCCA South Regional Manager Danny Helms. “They do everything an hourly employee does here at the warehouse, and it gives us a chance to identify future employees,” he added.

For 2018, almost 30 applications were received, and six students were chosen. The interns are paid, and some form of housing is provided by the host co-ops. They also are invited to two TACC events; the annual Managers Conference in Ruidoso, New Mexico, and to Austin where they learn about the legislative and regulatory processes of state government.

“During their visit to Austin, they participate in a comprehensive mock interview,” Engelke said. “If they can pass this interview, they can pass any interview,” he said. “This internship program is a great investment for TACC and our members, and we treat each intern like they were our own children.”