Colliding Forces: Consumers vs. The World 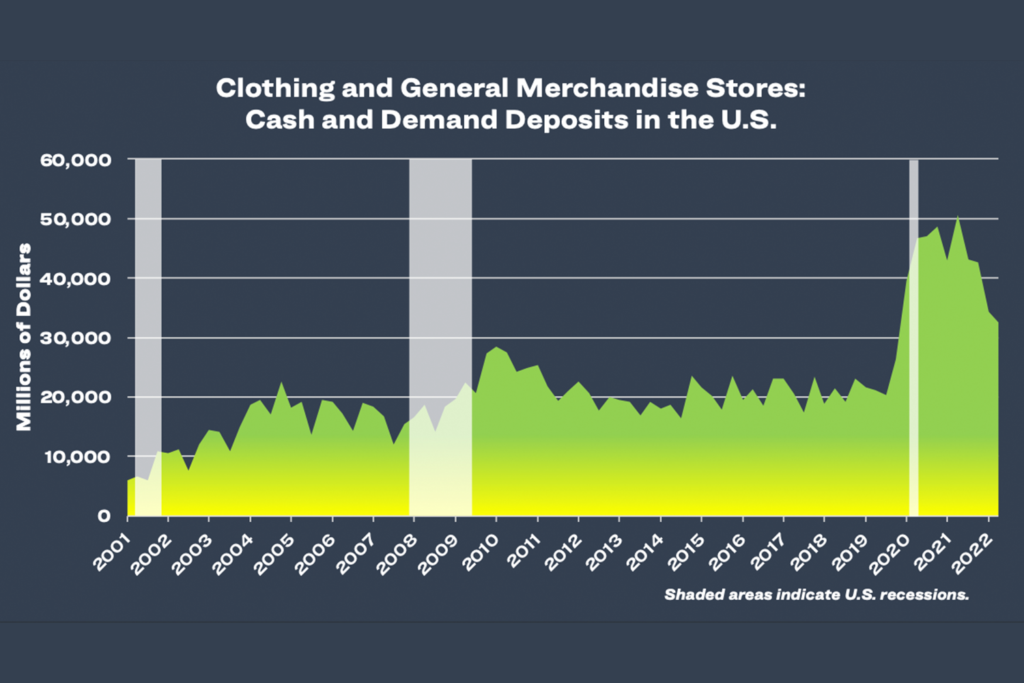 By most accounts, 2022 was supposed to continue the upward trend in cotton consumption. At times, markets signal that demand is not what we expect. Between August and October 2022, cotton futures prices plummeted 60% from $1.20 per pound to 72.00 cents per pound. How could all the data have been so wrong? What forces caused the decline in prices? And whatever happened to ceteris paribus—the Latin phrase meaning “other things being the same?”

The reality is other things did not remain the same. Two of the fundamentals of consumption, population growth, and market share, point to higher consumption. But the third leg of the demand stool, economic growth, is under tremendous pressure. How could it change so quickly?

“The unrelenting effort to fight inflation by the Fed is a drag on consumer sentiment and higher costs to consumers,” said Keith Lucas, PCCA Vice President of Marketing.

The mighty consumer is not who they were just a year ago. Unavailability, delivery delays, and sensitivity to rising prices have cast doubt about whether global consumption will even reach 115 million bales, nine million below USDA’s initial forecast for the season.

Consumers understandably manage their household budgets to protect their vital economic organs such as fuel and food. For some, the increased costs of services and shelter are putting discretionary spending on apparel and textiles on the chopping block. When you look outside the U.S., the problem is even worse. Winter is hitting hard in Europe and the United Kingdom, the world’s largest developed economy. Fuel prices skyrocketed in Europe as Russia constrained energy supplies to gain leverage in their invasion of Ukraine. Natural gas prices shot up more than 290% in August 2022 compared to January 2020. Even though prices have fallen recently, the cost of heating homes over the winter will significantly impact discretionary spending.

Making matters more complicated are the combined efforts of central banks worldwide, reigning in an unprecedented period of easy money supplies. Pandemic fiscal responses from most governments totaled trillions of U.S. dollars, much of it landing in the hands of consumers. The U.S. government appropriated more than $5.5 trillion, or about 26% of the U.S. GDP. Other developed countries took similar measures. Naturally, recipients of the programs deployed it in retail spending. Simultaneously, central banks such as the U.S. Federal Reserve Bank took interest rates to zero, leading to a credit binge rarely experienced. Mortgage rates in developed economies were less than 3% for nearly two years. Housing inventories were unable to keep pace as buyers bid up prices. More recently, mortgage rates have climbed to 7% in response to rate hikes and quantitative tightening by the Fed.

“The Fed has no control over supply, only demand, and by raising interest rates, they are trying to create demand destruction,” Lucas said. “This is a double-edged sword creating a much stronger dollar and creating more demand abroad to buy dollars to pay interest costs.”

The Fed’s aggressive moves to reduce the money supply have also sent the U.S. dollar soaring against virtually every other currency, making U.S. exports extremely expensive compared to other countries. Given the forecasts for U.S. rate hikes to exceed those of other central banks, the dollar will likely remain relatively strong for some time. Although the dollar’s strength has supported importers of textiles and apparel, it makes U.S. raw cotton less competitive against competing countries. On trading days when the dollar is up, cotton futures prices generally suffer.

Retail demand for clothing and general merchandise remained above pre-pandemic levels, even with a recession looming. That is perhaps due to a deceleration in inflation growth in goods. One reason the price of goods is slowing is building inventories at retail. Retailers are still working off excessive inventories from over-ordering to combat supply chain disruptions.

“The retail levels have remained a bright spot due in part to the brands reducing prices to move oversupply, creating less profit margin, if any, but allowing brands and retailers to make room for necessary seasonal goods,” Lucas explained. “The off-brand retailers, though, are enjoying the additional cheap supply.”

While a recession in the U.S. isn’t a foregone conclusion, the risk is high. Elsewhere, the European continent is already deep into a recession due to war and energy. Chances of a recession in Asia are more challenging to predict and are the most sensitive to Covid-related lockdowns in China and Southeast Asian countries.

Slowing demand has been tempered by crop problems in the U.S., Pakistan, Brazil, and India. Weather problems may have offset the loss in demand for most cotton, but cotton prices didn’t agree for the late summer and fall of 2022. Not only did cotton prices plunge below production costs, they also gave up relative strength against competing crops such as soybeans, corn, wheat, and grain sorghum. Textile mills closely monitor prices to determine how much cotton is needed and whether current prices will attract sufficient acres to supply them. Ratios of competing crops compared to cotton are high, and growers in regions with choices, especially soybeans and wheat, will consider switching. The impact on cotton acres will likely depend on prices going into planting because crop insurance rates are derived from them, and growers will evaluate whether they can recover their production costs.

The fundamentals of cotton demand still present a strong case even though the path toward consuming 130 million bales globally will slow down for a while. Other things being the same, the outlook for U.S. cotton remains positive in the long run. 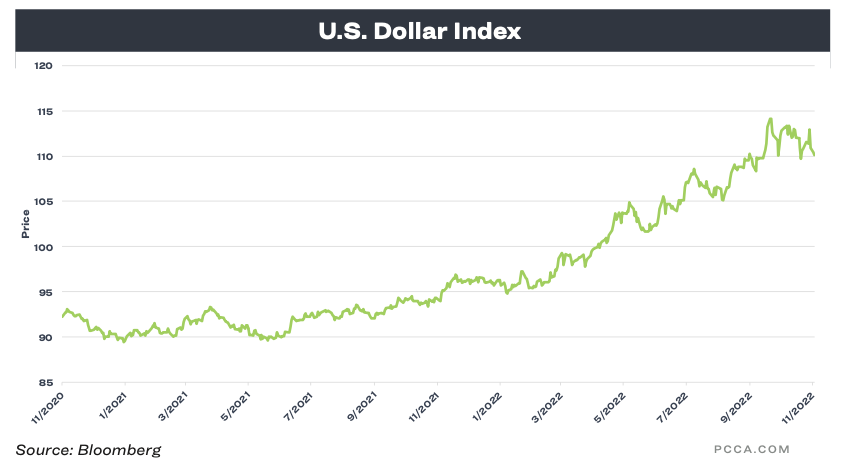