On April 27, 2017, the National Cotton Council announced its selections for the Emerging Leaders Program class of 2017-18. The program was launched in 2012 to provide participants with a greater understanding of the cotton industry, as well as the operations of the National Cotton Council (NCC). According to the NCC, the program also exemplifies how the organization competes for cotton’s profitability in an often-uncertain market, whether locally or around the world, and is supported by a grant to The Cotton Foundation by Monsanto. Twelve individuals were selected from the entire nation to participate in this year’s class, including two hard working and devoted members of the PCCA family. 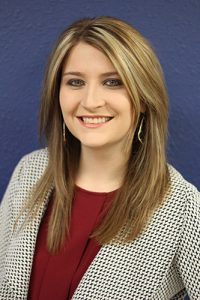 Raised on a dryland cotton farm near Ackerly, Texas, by a multi-generational farming family, Jayci Cave has always supported agriculture, and more specifically, cotton. While earning her bachelor’s degree in agricultural communications at Texas Tech University, Cave was hired by PCCA as the communications intern in 2012. Now, almost five years later, Cave is a full-time member of the PCCA staff and holds the title of Communications Manager. Currently, she is earning her master’s degree in agricultural and applied economics from Texas Tech and plans to graduate in December.

Cave said growing up on a cotton farm is what inspired her to begin her agricultural education journey and make it come to fruition today.

“The cotton industry is all that I have known,” she said. “Growing up on a cotton farm taught me so much about the industry at the farm level that I wanted to expand my knowledge to understand more about other levels of the supply chain when I went to college.”

After learning of her nomination to the Emerging Leaders Program, Cave said she felt honored to be considered for such an opportunity and is looking forward to expanding her network through meeting new people in the industry. The Communications Manager also plans to use the experience to enhance her work at PCCA.

“At PCCA, our mission is to ensure the long-term profitability of our grower-owners through value-added marketing programs and through services to their gins,” she said. “With this, everything we do as employees of PCCA is to better our farmers in some way. I will be able to use what I learn in this program to help me serve our grower-owners. The more I know about how the industry works and how the political process works the more effectively I will be able to advocate for and communicate to our growers.”

Kevin Brinkley, PCCA President and CEO, said Cave is the type of advocate the industry needs.

“Jayci Cave is just what the cotton industry needs more of; someone from a farm background dedicated to telling cotton’s story to the rest of the world,” Brinkley said. “Jayci is a role model for individuals starting their careers or still in school. She looks for every opportunity to sharpen her leadership skills.”

With a thankful smile, Jayci added, “I am very honored and proud to have the opportunity to invest in and help prepare for my future.” 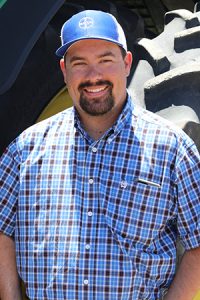 PCCA grower-owner and Earth, Texas, native Blake Fennell also has cotton running deep in his veins. Fennell is a fifth generation cotton farmer who earned
his agronomy degree from Texas Tech University in 2012, started farming in 2013, and carries out his passion today.

“Ever since I was a little kid I have worked with my dad on the farm,” he said. “Agriculture has been my passion, and just

to be able to continue to do that and care for the land, care for what God gave us and to continue the family tradition is why I farm.”

Along with being passionate about agriculture, Fennell said being nominated for the Emerging Leaders Program was an excellent opportunity to learn something new.

“The opportunity was presented to me, and I felt like it was one worth taking,” he said. “To me, that is something that I can go and learn more about sides of the cotton industry that I don’t know much about and further support the industry and help me in my own operation as well.”

Fennell said he is most looking forward to gaining a new perspective from the program and creating networks.

“It gives you a new perspective when you come back, but also the networking, getting to meet new people and make new contacts across the cotton industry is one thing I am looking forward to,” Fennell said. “I am also looking forward to having that knowledge behind me to further help my industry along and for future endeavors.”

Fennell said participating in the program also will add to his agricultural advocacy efforts.

“It can be little things or it can be big things like this Emerging Leaders Program,” he said. “We see new avenues such as this to tell the story of agriculture and what you are doing. Even in a farming community you would be surprised how many people don’t know what you are actually doing out there in the field.” Brinkley also commented on Fennell’s dedication to the cotton industry and telling its story.

“Blake Fennell is an innovative young grower keen to make sure the competitive landscape is favorable for his generation,” Brinkley said. “It’s great to see young producers engage in learning industry issues and how to help advance cotton’s position in agriculture and public policy. We are excited that Blake is willing to devote time and energy to help the industry.”

Participants from each sector of the cotton industry were selected to participate in this year’s Emerging Leaders Program: Fennell, one of five in the nation to represent cotton producers; and Cave, the only one chosen to represent cooperatives. Both young professionals are heading toward bright futures and experiences that will serve them well in their respective careers.

“It’s encouraging to see young professionals eager to strengthen their leadership skills,” Brinkley said. “The Emerging Leaders Program provides a place to expand your network of like-minded individuals in the cotton industry. It would take years of effort to accomplish this on your own.”

In the year ahead, the NCC says participants will learn about the following parts of the industry while also growing in the areas of professional development and communications:

In addition to learning about all things cotton, the new Emerging Leaders also will have the opportunity to travel the country on three trips. Having already been to Memphis and St. Louis in June 2017, they will later travel to the NCC annual meeting in February 2018 and to Washington, D.C. at a later date in 2018.