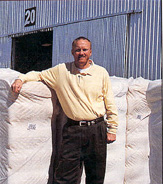 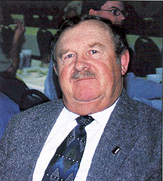 “We are fortunate to have someone of Jay’s experience running our Oklahoma operation,” says PCCA Vice President of Grower Services Dean Church. Cowart graduated from Oklahoma State University with a bachelor’s degree in agricultural economics. Later, he was hired by Humphreys Coop near Altus as office manager in 1987. He became PCCA field representative for Oklahoma in 1991, and three years later he was named director of field services at the cooperative’s headquarters in Lubbock. In 1996, Cowart returned to Oklahoma to become manager of Humphreys Coop.

Magar was OCCA’s assistant manager from 1979 until 1991, when he was appointed manager of the facility. Prior to 1979, he spent 16 years at Planters Cooperative Association in Lone Wolf, Okla., including seven years as manager.

“During his tenure as OCCA manager, Malcolm controlled operating expenses and made millions of dollars for our Oklahoma members,” says PCCA President and CEO Van May. “His heart was always in the right place, and we wish him the best in his retirement,” May adds.