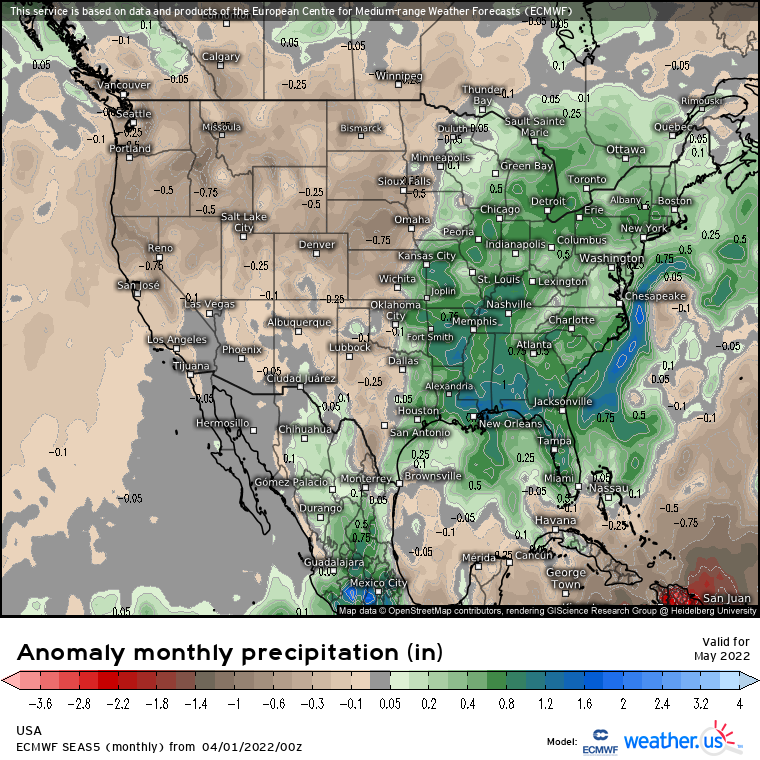 The La Niña weather conditions are giving PCCA’s service area a hard time in true sister-like fashion this year.Unlike her brother El Niño, La Niña frequently indicates drought across the southern U.S. Agriculturists now find themselves trying to settle the score with La Niña and plead for moisture to fall on cotton fields across this region of the Cotton Belt. Unfortunately, Texas, Oklahoma, Kansas and New Mexico can expect drier-than-average conditions for the majority of 2022.

Brian Bledsoe, Chief Meteorologist for KKTV in Colorado Springs, Colorado, and for BrianBledsoe WX, LLC, takes a realistic approach to forecasting weather. Growing up on a farm and ranch provided him with a unique perspective on delivering straightforward information that can impact farming and marketing decisions for the year. He shared that this year precipitation is not expected until summer. 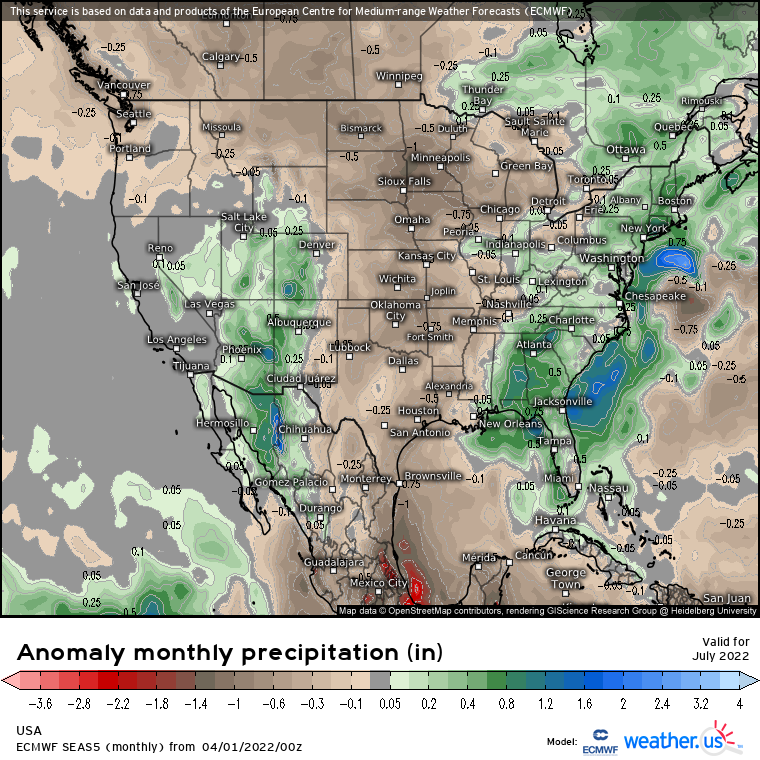 “While the La Niña event will likely weaken after springtime, it may not completely go away. This may continue to make it tough on us for quite a while” Bledsoe said.

How Weather Forecasts are Created

Predicting what a year of weather will encompass takes a combination of information from a computer model and the knowledge of meteorologists. Long and short-range forecasts are influenced by factors such as global sea surface temperatures, pressure patterns, seasons and more. Other tools that play a role include Doppler radars, weather balloons, offshore buoys and satellites. However, there would be no weather forecasts without meteorologists applying their expertise and experience to such large amounts of data.

“Many times, that experience is going to trump what the computer models say depending on what the weather pattern is,” Bledsoe explained. “You have to have confidence in what you know at times in order to go against the computer model solution for the betterment of the consumer who is looking at your weather forecast.”

What about forms of weather prediction such as the Farmer’s Almanac? This centuries-old tool does not use modern computer models to make its claims. Rather, the forecasters and editors at the Farmer’s Almanac study environmental elements and astrological events, putting them into a mathematical formula that has been evolving since 1818.

“The formula takes into consideration things like sunspot activity, tidal action of the moon, the position of the planets, and a variety of other factors,” according to the almanac’s website.

In either scenario, the formula for predicting the weather is this: gathering data and then applying human knowledge for interpretation purposes. No one can definitively predict or control the weather, but it is still important to keep an eye on it.

The La Niña weather event was duly named for being the opposite of El Niño in the 1980s. According to the New York Times, El Niño was named in the early 17th century by fishermen describing the presence of warmer water off the coast. The fishermen dubbed this weather pattern “little boy” as it usually took place around the Christmas holiday.

With La Niña’s atmospheric conditions, winter temperatures are warmer in the south and cooler in the north, and the possibility for a more volatile hurricane season increases. These years are historically full of extreme weather events as many have already experienced in 2022.

“The weather swings wildly in the Southern High Plains anyway, but when you factor in this La Niña episode, that usually consolidates all of that storm energy into one jet stream flow, one particular storm track,” Bledsoe said. “Wherever that jet stream goes, you see active and sometimes severe weather. Wherever that jet stream doesn’t go, you likely struggle with drought and strong wind, and that’s what we’ve been seeing.”

PCCA’s service area could use a timely and drenching planting rain. Is that what’s in the forecast? Unfortunately, present weather patterns and predictions are pointing toward no. Current conditions can be an indicator of what is to come.

“It usually works out that the areas that are dry right now will stay dry, and the areas that are getting moisture will continue to get moisture,” Bledsoe said. “When we don’t get moisture in the winter and spring, time rapidly runs out before the jetstream moves north, during July and August. That’s when Texas turns out hotter and drier by and large. Until we see some large-scale change in the Pacific Ocean that will inevitably change our weather pattern.”

Bledsoe reports areas such as Southwest Kansas and the Oklahoma Panhandle may have a relatively higher chance of seeing more rain than West Texas and New Mexico, but those areas are also likely to continue to struggle with drought. Best rain chances and amounts likely will remain farther east.

Higher-than-average seasonal temperatures could come this summer if seasonal transitions do not influence changes in the weather. Each day that passes without moisture will also lead to high soil temperatures. With a lack of groundwater, farmers can expect to see very dry conditions and likely a challenging crop year.

Planning for the Future

Maintaining a strategy during a less-than-cooperative weather season is important. There is nothing wrong with being optimistic about rain, but it is imperative to keep in mind that the rain may not be timely even if it does come.

“If you find yourself in this situation and you are planning for dry, continue to plan for dry until you start seeing some moisture,” Bledsoe urged. “If you go out there and are willy-nilly with whatever you are planting and your management strategy and you aren’t getting moisture, you are setting yourself up for a wreck. Being very conservative right now, especially with the way the dryness is going on, is definitely the way to go. Basically, my main message is a common-sense one. Don’t be banking on moisture until you start getting moisture in this pattern.”