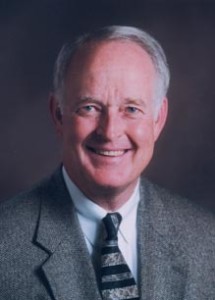 Bryan and Jack have demonstrated exceptional leadership and dedication to PCCA’s mission,” Darneille said. “They will be valuable additions to our management team as we continue moving forward with efforts to add significant value to PCCA members’cotton. The promotions followed the recent announcement by Darryl Lindsey, PCCA’s vice president of operations, that he will retire later this year.

Lindsey joined PCCA in May 1979 and was responsible for the cooperative’s TELCOT operations, information systems, field staff and warehouse divisions before being named to head the textile division in 1990. A native of Floydada, Texas, he graduated from the University of Texas with bachelor’s and master’s degrees in mechanical engineering.

Following graduation, Lindsey worked for DuPont from 1969 to 1974 and IBM from 1974 to 1979. While at IBM, he played a key role in PCCA’s development and implementation of TELCOT, an electronic cotton marketing system that revolutionized the U.S. cotton industry. 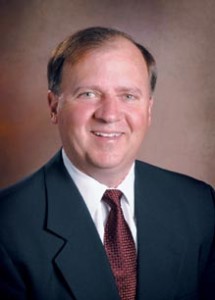 “Throughout his career at PCCA, Darryl helped lead the charge that resulted in major innovations in our industry such as electronic marketing and electronic warehouse receipts,” Darneille said. “In more recent years, his leadership of PCCA’s Textile Division has positioned ACG to withstand tough foreign competition by expanding and diversifying our fabric styles and customer base,” he added. “During his 27 years at PCCA, Darryl was a valuable member of this management team. What’s best for the members of this cooperative was always his primary focus, and while Darryl is most deserving of retirement and a different pace of life, we are going to miss his experience, insight and sense of humor. 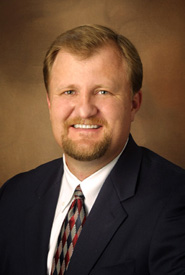 Gregory grew up in Littlefield, Texas, and received a bachelor’s degree in business administration in 1987 from Angelo State University. He joined the staff at ACG in 1988 as a management trainee and was promoted twice in 1989 to warp prep supervisor and then to quality control supervisor. In 1992, he was named quality control manager which included production scheduling and product development, and he was primary liaison with Levi Strauss & Co. He was promoted to finishing superintendent in 1995 and and later became warp prep superintendent.

Immediately following PCCA’s acquisition of Mission Valley Textiles in May 1998, Gregory was named plant manager of the facility in New Braunfels, Texas. He returned to ACG as plant manager in early 2002.

Mathews, a native of Long Island, New York, has spent his entire career in the textile industry. Following his graduation from Hofstra University with a bachelor’s degree in 1978, he joined Cone Mills as a sales trainee and progressed through the sales ranks holding various positions in New York, Chicago, San Francisco and Los Angeles. Mathews was named vice president of sales and merchandising for Cone Mills in 1988 and joined Mission Valley Textiles in 1993 as vice president of sales and marketing. PCCA acquired the Mission Valley operation in 1998.

“We are proud to have two highly qualified executives to follow someone of Darryl Lindsey’s caliber,” Darneille explained. “Their extensive experience and familiarity with our denim products and customers will be an important asset for ACG and all PCCA members. We are pleased to return to a full, seven-day production schedule at ACG, and we will continue our efforts to expand our customer base and share of the U.S. denim market,” Darneille concluded.