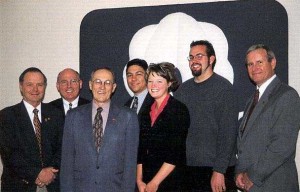 The Howard Alford Memorial Scholarship once again was presented to students pursuing degrees in agriculture. The scholarship helps young people in Texas Tech University’s College of Agricultural Sciences and Natural Resources (CASNR) pay for their education. It was established in 1974 by Plains Cotton Cooperative Association’s (PCCA) Board of Directors in memory of the cooperative’s former chairman of the board.

A committee comprised of faculty from all of Texas Tech’s agriculture departments selects scholarship recipients each year based on grade point average, ACT/SAT scores and their interest in the cotton industry.

The original Howard Alford Scholarship endowment totaled $36,675, but today it has grown to $42,040. PCCA is proud the scholarship has been able to assist 139 students who have received a total of $57,200 to help pay for their education since 1974.