Conference with House Expected in early 2008 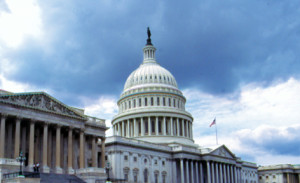 After months of delays due to partisan gridlock and with time running out, the U.S. Senate voted 79 to 14 to approve a new farm bill on Dec. 14, just one week before recessing for the remainder of 2007. The number of votes in favor of the legislation was the most for a farm bill since 1973.

The package, unanimously approved earlier by the Senate Agriculture Committee, contains significant reforms in several areas including payment limits and program eligibility requirements but maintains the highly successful and fiscally responsible safety net provisions of the 2002 farm bill. It also provides significant new investments in conservation, specialty crops, and food and nutrition programs. Despite the reforms, perennial farm bill opponents brought a number of harmful amendments to the Senate floor on Dec. 13 and 14, all of which were defeated.

“There was a lot of hard work and a lot of thought put into the provisions of this bill,” said Steve Verett, executive vice president of Plains Cotton Growers, in a newsletter released after the Senate vote on Dec. 14. “It was a pleasure to see virtually every segment of production agriculture come together to support this bill and to actively engage in the process of educating members of Congress unfamiliar with the issues involved,” he said.

The U.S. House of Representatives passed its farm bill in July, and a conference committee comprised of members of the House and Senate Agriculture Committees will meet in early 2008 to work out any differences in the two versions and combine them into one bill known as a Conference Report. That Report will be voted on again by the House and Senate under a “special rule” that it cannot be amended and then sent to the President for his signature or veto. Sources say this should occur before mid-March.

The good news is the commodity portions and the changes in payment limits in both bills are very similar; however, both contain substantial increases in nutrition and food stamp funding as well as conservation and energy programs, and they pay for these increases in different ways.

Most House Republicans voted against the farm bill in July because the revenue provisions were labeled as a ‘tax increase’,” said Tom Sell of Combest- Sell & Associates, the firm hired in 2006 to represent the Southwest Council of Agribusiness of which PCCA is a member. The House vote was 231 in favor of and 191 against the farm bill.

In contrast, Senate Republicans seemed to have no problem with the tax provisions or revenue raisers in the Senate farm bill, and so they largely voted to support it. It is hoped that the Senate provisions alone will provide the resources necessary to complete the bill,” Sell added.

Meanwhile, the Administration and USDA continue to criticize both versions of the new farm bill, saying the legislation is “fundamentally flawed” and lacks reform. It is much the same rhetoric heard from the President’s advisors in 2002, yet the President signed that farm bill. For a side-by-side comparison of the 2002 farm bill and the House and Senate versions of the new legislation, see the following chart. 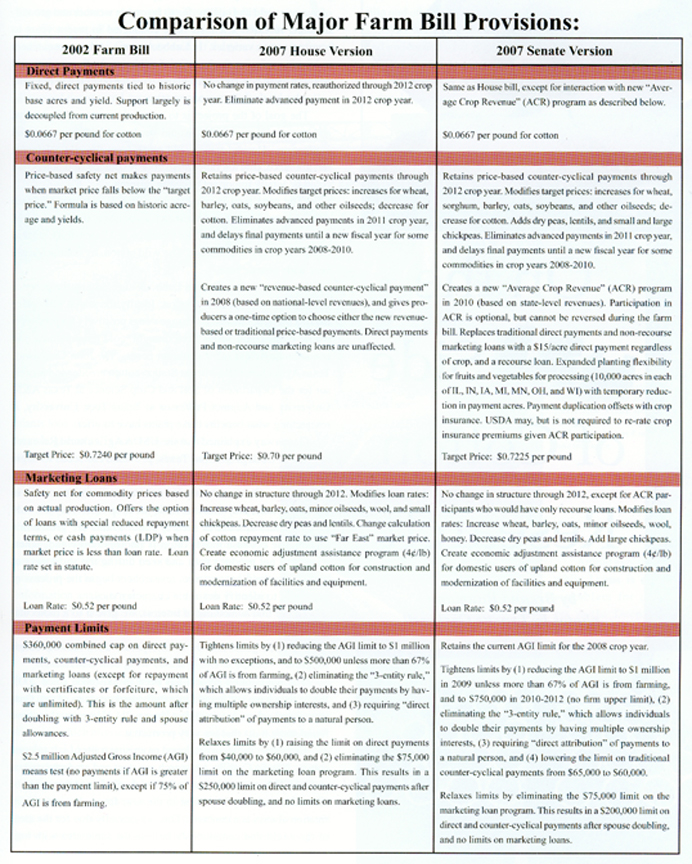