American Cotton Growers May Be Impacted 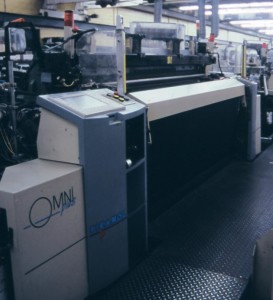 One of the United States’ deadliest freight-rail accidents in decades may have claimed another victim. Avondale Mills, the oldest surviving U.S. textile manufacturer, announced on May 22 it plans to close all 18 of its plants and lay off 4,000 textile workers as early as July 25 unless the company is sold or restructured.

Consequently, an estimated 50 million linear yards of U.S. denim production capacity could vanish, forcing customers to turn to other suppliers such as American Cotton Growers (ACG). It is only the latest blow to the U.S. textile industry faced with bad trade agreements and cheap foreign imports that have eliminated hundreds of thousand of American jobs since the late 1990s. Avondale also manufactures sportswear, utilitywear, sales yarn, specialty products and greige goods, according to Textile World magazine.

The end for Avondale began in the early-morning hours of January 6, 2005, when a Norfolk Southern train derailed next to the company’s Graniteville facilities where 400 employees were at work near Aiken, South Carolina. One freight car containing 90 tons of chlorine ruptured, spewing a deadly vapor cloud that claimed, within minutes, the lives of six textile employees working the night shift.

The gas penetrated the mill’s ventilation system and windows and corroded electrical wiring and computer equipment. Human resources and payroll information for all Avondale employees in South Carolina, Georgia and Alabama was destroyed.

The Graniteville facilities eventually re-opened, but production was a fraction of pre-crash capacity. As a result, Avondale never stopped reeling financially, according to a May 22 story on the Augusta Chronicle’s Web site.

“Today, we did gather our management team and make an announcement that Avondale anticipates the closure of the company as a whole,” Stephen Felker Jr., manager of corporate development, told the newspaper. “I say anticipate because we continue to explore several options,” he said.

“The loss of Avondale’s production capacity, combined with cutbacks and plant closings by other U.S. denim manufacturers during the past year, could reduce total U.S. capacity by up to 100 million linear yards,” says Darryl Lindsey, PCCA’s vice president of operations which includes responsibility for the cooperative’s Textile Division. “While it is unfortunate for Avondale and its loyal, hardworking employees, this could mean increased opportunities for our ACG denim mill,” Lindsey adds.

Decisions by PCCA’s Board of Directors and management in recent years have positioned ACG to withstand tough foreign competition and increase denim sales as demand grows. These include diversifying and expanding the mill’s customer base, increasing product development efforts to include value-added denim styles, and maintaining a debt-free operation.

“As the elimination of textile import quotas mandated by the World Trade Organization approached, we strongly suspected several years ago that some of our customers would prefer to continue sourcing some of their denim in this hemisphere and that they would prefer value-added styles,” Lindsey explains. “Everything we are seeing and hearing from our customers today confirms we were right on target.” Indications that the mass market is turning to value-added denim apparel provide additional optimism.

“Even Wal-Mart and Target are looking for better quality denim,” says Hugh King, ACG’s vice president of West Coast sales operations. “Another key component in the supply chain is our financial strength which gives customers confidence in our ability to deliver the denim fabrics they order,” King continues. “The importance of having no debt to service cannot be overstated in today’s textile and apparel industries.”

Although the 2005-06 fiscal year has been a difficult one for ACG due to a soft market resulting from less than stellar consumer purchases and cheap imports, the Textile Division has reported positive cash flow and an increase in working capital. Prior to Avondale’s announcement, business was beginning to show signs of improvement based on denim sales for the second quarter of 2006.

“Disappointing retail sales for the 2005 back-to-school and holiday shopping seasons left a lot of denim apparel on store shelves,” Lindsey explains. “This had a negative impact on our first quarter sales and forced us to reduce our weekly production schedule to a six-day operation. In today’s world, it is difficult to be profitable without running at full capacity.”

Sales volume for the second quarter increased significantly, and prospects for the third quarter indicated further improvement. Consequently, the plant returned to full production on June 10.

“ACG’s continuing product development effort is attracting a lot of attention from our customers,” Lindsey reports. “Furthermore, some customers are moving part of their sourcing in Asia back to this hemisphere.” Such encouraging news, of course, may be too little, too late for the 4,000 employees of Avondale Mills.

“It is sad to know Avondale, a family-owned company founded in 1845, may cease to exist,” says PCCA President and CEO Wally Darneille. “At one time, Avondale consumed 1.2 million bales of cotton annually,” he adds. “They have been our cotton customer, our friend, and our partner on many industry issues over the years in addition to competing with us in denim. Anyone involved in U.S. cotton production or marketing has to feel a sense of loss, and our hearts go out to the Avondale employees and others that are affected.”