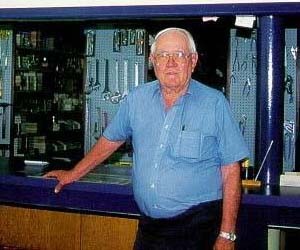 For more than 10 years, South Plains Industrial Supply (SPIS) has been a small, regional cooperative headquartered in Lubbock, TX. It was organized to provide parts and supplies to cotton gins, but with the recent purchase of Consolidated Bearing and Supply Company, SPIS has taken a major step forward.

South Plains Industrial Supply was organized in 1986 as a cooperative effort by managers of local and regional cooperatives who were members of the Plains Cooperative Managers Association. They felt that for the volume of business they were doing, they should have paid lower prices for parts and supplies under more favorable payment terms.

To remedy the problem, a committee was appointed to study the feasibility of establishing a company that would purchase supplies in sufficient volume to qualify for discounts from present suppliers. Several companies being considered for the task explained they were “barely getting by” and could not afford to offer discount rates.

Another alternative was to ask three major suppliers to submit proposals where gins could purchase equipment through one company. The third company made an offer with significant discounts, but later backed out.

As a result, the committee eventually recommended the cooperatives establish their own store. Financing was the first obstacle, but with support from 48 gins as members and assistance from regional coops, the store was created.

Although SPIS began with modest resources, it has reported strong, steady growth and has been a profitable business each year.

SPIS membership has grown from 48 to 66 since its inception. Even though it began as a cooperative effort, its customer base has grown with independent customers as well. Currently, nonmember business comprises one-third of total sales. Prices are the same for members and nonmembers; however, nonmembers do not receive dividend payments.

To become a member, a customer must invest $1,000 worth of capital and purchase one share of stock for $1,000. During the past 10 years, the coop has proven to be quite profitable, and the returns it has paid back to its members has been phenomenal.

“Our goal has always been to provide quality parts at a fair price and return the profit to our members,” Dan Fields, president and general manager, said (see related story on page 17). “We have been the main factor in holding down prices, but it was never our intention to have the lowest price on everything that we sell. As we strive to keep prices down, we are helping gins make more money as well.”

From the beginning, South Plains Industrial Supply had a business philosophy to maintain a strong financial position, which it has done, and to always be ready for growth and expansion. On April 8, SPIS purchased Consolidated Bearing and Supply Company in Lubbock and Altus, OK, which will enhance sales potential.

“Our customers at South Plains Industrial Supply were excited about the merger with Consolidated Bearing,” Fields noted. “We have received some very positive comments.”

Combining the customer base of Consolidated Bearing, a company that has been a source for cotton gin parts since 1938, with that of South Plains Industrial Supply will allow the company to provide an outlet for additional industrial supplies.

With responsible management of its resources, utilizing the knowledge and cotton industry experience of its employees, maintaining strong affiliate relations with manufacturers and other cooperatives, and continuing to build on its philosophy of financial strength and readiness in the industry, South Plains Industrial Supply, now doing business as Consolidated Bearing and Supply, should reach its goal of being the top industrial supply company in the cotton industry.