The Art of Predicting an Unpredictable Year 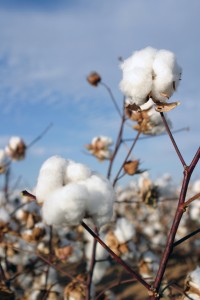 Observers and analysts looking at the 2012 season seem to have more questions than answers regarding several factors that could affect the cotton market.

Continuation of the La Nina weather pattern, the European sovereign debt crisis, and China’s rebuilding of its national reserve are factors that could contribute to volatility in the 2012 cotton market.

China had reportedly purchased almost 17 million bales for its reserve by the end of February. The International Cotton Advisory Committee (ICAC) says 40 percent of the gain in global stocks this season could take place in China due to restocking the reserve. An industry executive at the 2012 Beltwide Cotton Conference stated China could withhold as much as 15 to 18 million bales of cotton from the available world supply if it continues that trend. He added this would be enough to more than offset the potential increase in ending stocks. While there is no limit to the amount of cotton to be purchased for the reserve, it is possible some of it will be consumed later in the season.

The European sovereign debt crisis remains a significant influence on the global economy. As the largest economic unit in the world, Europe’s instability has been strengthening the U.S. dollar at the expense of the euro.

Industry executive Mike Quinn reports this crisis “will have to be dealt with either by monetizing that debt or through governmental austerity measures, the balance of which is important to avoiding defaults that could slam the global economy back into more chaos.” He also believes “bankers and politicians in Europe will find the balance.”

Severe drought conditions across parts of the U.S. Cotton Belt are expected to continue into the spring planting season. The latest USDA drought monitor and forecast for the season indicates a band of dry weather stretching from California to western Louisiana. An analyst predicts chances for severe drought may not be quite as strong for the Southeast, but drought tendencies for the Southwest are “very much enhanced for the spring.” He expects conditions to remain dry through March.

Conditions in parts of West Texas are now categorized as extreme drought, and observers and analysts are asking how this will affect cotton’s planted and harvested acreage.

Survey results reported in the January 2012 issue of Cotton Grower magazine indicated cotton acres will decline across the top 11 cotton-producing states. The survey, also released at the Beltwide Cotton Conference, projects 12.9 million acres of cotton will be planted in 2012, down from 13.7 million last year.

ICAC’s January report predicted world cotton use in 2012 will increase by approximately 3.8 million statistical bales from the 109.6 million consumed last year. However, world cotton production in 2012 is projected at 114.4 million bales, down 8.6 million. Ending stocks are expected to remain flat or slightly higher in 2012.

Thus, the 2012 crop year is full of uncertainty at this point in the season. Hopefully, at least some of the questions will be answered soon.