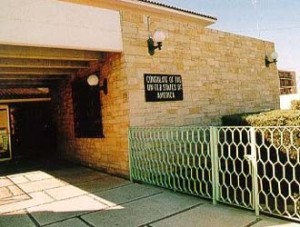 Exporting agricultural commodities such as cotton to Mexico involves a complicated maze of bureaucracy. From time to time, government regulations and certificates needed to clear Mexican Customs can and do change. Such changes can disrupt the flow of commodities.

These issues, coupled with the increasing level of trade between the two countries, prompted the U.S. Department of Agriculture to launch a pilot program in 1997 by opening an office of agricultural affairs at the U.S. Consulate in Nuevo Laredo. R. Todd Drennan, a 10-year veteran of USDA’s Foreign Agriculture Service, manages the new office and coordinates all activities with the Office of Agricultural Affairs at the U.S. Embassy in Mexico City.

Drennan’s responsibilities appear to be enormous. First, his office is responsible for all crossing points along the entire U.S.-Mexican border. Second, he must monitor all border trade issues, investigate problems when they occur and provide effective communications to both U.S. exporters and Mexican agencies. Third, monitor transportation problems such as the U.S. rail car shortages that have occurred in recent months, and help justify the extension of quota periods.

“We’re anxious for anyone to call us if they have a problem marketing and exporting U.S. agricultural products to Mexico,” Drennan explains. “But, we’re not here to circumvent the laws or rules that apply to such trade. We don’t want to create problems that are non-existent.”

Drennan cites a historical lack of trust between U.S. and Mexican inspection systems as a primary reason for the burdensome volume of documentation required for agricultural products to cross the border. But, he notes the process is improving. The ag officer also compliments USDA’s office of Animal and Plant Health Inspection Service (APHIS) in Laredo which, he states, is flexible and cooperative to correct errors when they arise.

Utilization of current technology is another opportunity Drennan envisions to help facilitate trade. “We need to look at transmitting more trade documents electronically between the two countries,” he adds. “A good example is bar coding and providing that information by electronic means.” Drennan notes, however, that the Customs Brokers Association in Nuevo Laredo maintains a powerful and effective lobbying effort in Mexico City. Thus, change will not come soon or easily.

Coordinating and providing training seminars for people on both sides of the border is another goal for the new office. If this unique venture proves successful, Drennan says USDA may consider locating additional satellite offices in the interior of Mexico which, he adds, offers great opportunities to facilitate and expand agricultural commerce between the U.S. and its increasingly important trading partner.

Although U.S. cotton currently crosses the border relatively easy, it is reassuring to know services such as those at the U.S. Consulate in Nuevo Laredo are available if ever they are needed.