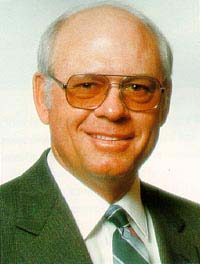 Keith Streety of Levelland, TX, was named Cooperator of the Year by the state-wide organization. He is chairman of the board of Plains Cooperative Oil Mill (PCOM) and a member of United Cotton Growers cooperative gin. Streety was chosen for his long-term leadership and “sincere desire for cotton producers and cooperatives to excel,” according to TACC.

In a letter of support to the TACC Selection Committee, PCCA President Van May wrote, “During my 20 years in the cooperative industry, I can think of no one who has exemplified the traits that this award represents more than this gentleman. He has consistently handled his responsibilities in coop work with patience and decorum, while his coop has enjoyed great success. I know him to be a man of high integrity and genuine concern for the cooperatives in this area and the farmers they serve.”

Streety began farming in 1958, and his attachment to cooperatives began early in his career. He served 20 years as director of the South Smyer Coop Gin, many of those years as its president, and has served 31 years on the board of PCOM, 12 of them as chairman. In addition to his leadership roles in his community and throughout West Texas, Streety also has served as TACC president and was appointed to the Cotton Board in 1990 where he was elected vice chairman and then chairman. He also is a member of the Cotton Incorporated State Support Committee for Texas.

“His willingness to give freely of his time to further the interest of his fellow producers and their cooperatives is well documented,” PCOM General Manager Wayne Martin noted. “His dedication to hard work, honesty, and fairness has won him respect from peers not only statewide, but nationally. His ability to communicate with cooperative producers and to develop a shared vision has been very instrumental in the success of PCOM.” Streety and his wife, Shirley, have two sons and three grandchildren. 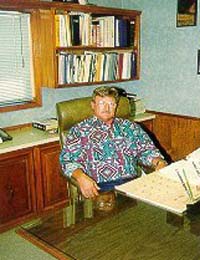 Darrell Kitchens, manager of United Cotton Growers cooperative, was named TACC’s Cooperative Ginner of the Year. The selection committee noted, “The coop he manages has gone through some very challenging times. Molding an agreement among numerous communities has largely been due to his ability to deal in a fair and unbiased manner with all those connected with his operation, while at the same time maintaining the wishes of his board of directors.”

Kitchens spent eight years farming before managing an independent gin. In 1982, he was hired to manage South Smyer Cooperative. Since then, numerous mergers have been completed to form the coop known today as United Cotton Growers (UCG).

“His leadership in supporting mergers of gins in his area into larger, more efficient operations is but one example of his ability to lead and adapt,” PCCA’s Van May told the selection committee. “Further, he has always maintained an up beat outlook, which is all too rare in today’s business world.” Under Kitchens’ management, UCG has ginned more bales of cotton than any other coop gin in Texas during three of the past four years, according to TACC.

UCG Board President Louie Ray Carter stated, “Darrell’s philosophy is to conduct the business of the cooperative with the goal of returning to the patron the greatest dividend possible. In the past 11 years, he has returned to members over $14 million.” Kitchens and his wife, Susan, have two children and one grandchild.

TACC also presented two Distinguished Service Awards during its annual meeting. E.W. “Fritz” Richards, manager of Olton Grain Coop, was honored for his commitment to “running cooperatives as a business and developing his organization into the showplace of the Southwest.” TACC also noted his reputation for “marketing and business savvy.”

Dr. Ed Smith, distinguished Roy B. Davis professor in agricultural cooperation at Texas A&M University, also received the Distinguished Service Award for his “highly professional approach as an educator and administrator.” Smith was appointed to his current position in 1988 and has been an innovative leader in cooperative education and development.