The Texas Agricultural Cooperative Council (TACC) recently honored two men for their outstanding leadership and hard work within the cotton and cooperative industries at the organization’s annual meeting in San Antonio. 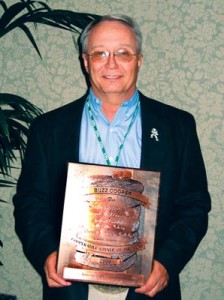 Cooper graduated from Texas Tech University in 1973 with a degree in agricultural education and was involved in the rodeo circuit throughout his college career. While attending Tech, he also worked for three cotton coops: Owens Coop Gin and Pleasant Hill Coop Gin, both near Ralls, Texas, and at Farmers Cooperative Compress in Lubbock.

After graduating from Texas Tech, Cooper became more involved in the rodeo circuit and met his future wife. This, however, was not the only life-changing moment he would experience while involved in rodeo.

As “Rookie of the Year” in the Professional Rodeo Cowboys Association, he was one of the leading saddle bronc riders. At one event, he was “run over” by a pick-up man and broke his shoulder. His determination to endure and continue set the tone for the rest of his career, and according to testimony from his peers, his toughness and endurance became evident in everything he did. 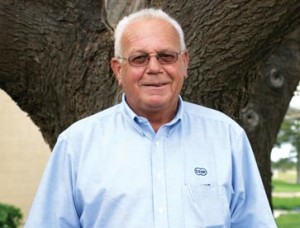 Union Coop Gin near Slaton, Texas, recognized Cooper’s abilities and hired him as gin manager in 1998. When he arrived at Union, the gin was averaging approximately 15,000 bales annually, and since then, those numbers have more than doubled. Cooper improved the gin by installing better cleaning and heating equipment, and he worked hard to keep the gin out of debt. Burt Heinrich, the coop’s board president, can attest to Cooper’s hard work.

“Buzz blew into our community like a wild tornado, improved so many things, and spent very little money!,” he says. “The Union plant has been ginning way more cotton under his leadership than what it was intended to do. We attribute that to what we all call the ‘Buzz Factor’!”

The “Buzz Factor” also includes Cooper’s ability to pinch and save where he can. He is considered to be “tight,” but his fiscally conservative management benefits his customers, the people he cares about most.

Steve Verett, executive vice president of Plains Cotton Growers and one of Texas Star’s customers, says, “Buzz goes against all conventional wisdom when it comes to ginning cotton, and to say he is tight is an understatement.”

Cooperator of the Year George Reed graduated from Central Missouri State University with a degree in business. In 1973, he became a fertilizer field representative for Farmland Industries in Plainview, Texas. He later joined a local coop as the assistant general manager. This coop was a result of a merger between Plainview Coop Gin, Plainview Wheat Growers and Consumers Fuel Association of Plainview. In fact, the coop was broke when Reed was hired, according to Charlie McQuhae.

Fortunately for the coop’s members, Reed was about to turn things around because he knows how and when to be tight with money. Karen Estrada also recalls several incidents where Reed was being cautious with the coop’s finances, but she knew it was his way of looking out for his customers.

“He was and still is tight,” she says. “It’s for all the right reasons – the deep respect he has for farmers and ranchers and the struggles that they have to endure.”

During the ensuing years, United Farm Industries steadily improved under Reed’s leadership. The coop doubled its assets from $5.1 million to $11.7 million, and the gin’s volume has increased tenfold to 66,351 bales.

Reed is considered to be a “low risk kind of guy” and is involved in several organizations. He is the chairman of the board of Texas Cooperative Marketing Exchange. He also is president of Texas Agricultural Cooperative Council, and he is a member of Plainview Country Club and First United Methodist Church of Plainview. In addition to being loyal to his customers and organization, Reed is loyal to his employees.

Both men have worked hard for their customers and have represented the cotton and cooperative industry well over the years. They have truly earned their awards and recognition.