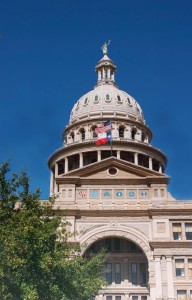 While much attention was focused on Washington DC as Congress began writing the 2007 Farm Bill, state legislatures worked diligently and methodically. As the 80th Texas Legislature convened on Jan. 9, more than 6,000 bills were expected to be filed; however, fewer than 20 percent were expected to pass, according to Tom Engelke, executive director of the Texas Agricultural Cooperative Council.

“There has been no single issue dominating this legislative session,” Engelke said in late February. Among the issues of interest to Texas agriculture at that time were water, taxes, property rights and regulations.

Senate Bill (SB) 3 was introduced by State Senator Kip Averitt on Feb. 22 as part of ongoing efforts to ensure a clean, adequate and affordable supply of water for future generations of Texans. The bill was intended to implement decades worth of intense water-planning work by the state’s legislature, water and environmental agencies.

In a news release, the Senate Committee on Natural Resources chaired by Averitt explained the bill was not limited to a State Water Plan implementation. It addressed a wide variety of water-related topics, but a primary feature was the designation of future reservoir sites. Similar legislation was filed in the Texas House of Representatives, and the proposed reservoir sites raised numerous concerns among agriculture interests related to property rights and eminent domain. In fact, 133 bills were filed this session regarding eminent domain.

One legislator who worked on behalf of agriculture interests was first-term State Senator and full-time farmer Glenn Hegar of Katy, Texas. Much of Hegar’s senate district is in agricultural production, and although he has little time now for working on the family farm, Hegar laughingly says he “regains some sanity by going home and sitting on a tractor” whenever possible.

“Water is the most important issue for Texas in the past century,” Hegar says. “In fact, my district has ground water issues because three counties do not have a local water district. Consequently, they are regulated by state agencies rather than locally-elected representatives.”

The most wide-spread concern, however, was with the plan that proposed as many as 22 water reservoir projects that would take more than 380 square miles (approximately 244,000 acres) of private property, according to one report. To address many of the concerns raised by the state’s agriculture industry, Rep. Robby Cook, another full-time farmer, co-sponsored House Bill 2470. The bill contained language that pertains to the condemnation process of eminent domain and establishment of relief mechanisms for both property owners and local taxing entities if the reservoir projects move forward.

Among other issues of concern was an initiative to cap tax appraisal increases on residential property. The issue gained momentum in 2006 when Gov. Rick Perry appointed a special commission to review how property is appraised throughout the state.

“The concern is that a cap on residential tax increases could create greater tax pressure on agricultural and commercial properties,” said well-known agricultural lobbyist Ed Small in February. “On the other hand, I don’t think SB 165 that would raise highway fuel taxes has a chance,” Small added.

“More than 200 bills related to taxes were filed,” Staples noted. “We must protect tax policy that encourages agricultural production,” he added. In the meantime, Staples is using nutrition policy, a new program for the Texas Department of Agriculture, to help communicate the importance of agriculture to the state’s economy. He also will be working on regional economic development summits.

Another newcomer to the legislative arena was Rep. Joe Heflin from Crosbyton, Texas, one of 26 freshmen this session. Appointed to the House Agriculture and Livestock Committee, Heflin was well positioned to serve the 16 counties in his district, and he was a member of the legislature’s rural caucus.

“One of my priorities was to protect our agricultural cooperatives,” Heflin said. The attorney and former Crosby County Judge decided to run for the legislature after Rep. Pete Laney, a former Speaker of the House, retired following the 79th Texas Legislature.

“I thought it would be an exciting adventure, and I’m having a great time representing my constituents,” Heflin explained.