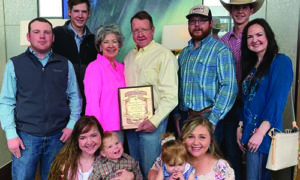 As General Manager of Midkiff Farmers Co-op, Mike Yeary has a trademark—he has improved the operations of every cooperative gin he has served. He was named the 2021 Texas Agricultural Cooperative Council Cooperative Ginner of the Year because of his dedication to increasing both profitability and ginning efficiency. He began his career as the General Manager of Progreso Co-op Gin and Farm Supply Store in 1995, where he was able to lead the gin to improve ginning productivity and increase the supply store sales. Yeary moved to Winter Garden Co-op Gin and Farm Supply Store in Batesville, Texas, in 2002. As the manager there, he continued to strive for advancement, resulting in triple the average number of bales processed each year at the gin. Yeary became manager of Midkiff Farmers Co-op and started making significant enhancements to the supply store and ginning capacity in 2013. He has continued his legacy of leaving things better than he found them in every role he has held. Each day, Yeary works to improve gin operations and increase turnout. Yeary’s impact shines in his dedication to enhancing the cooperative gins he serves every single day. 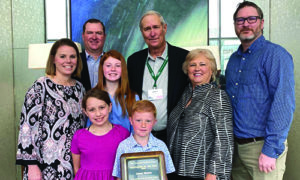 Jim Massey, President and CEO of Valley Co-op Oil Mill, was born and raised in Mer- cedes, Texas. He began his lasting cooperative career in 1975 after obtaining a Bachelor of Science in Animal Science from Texas A&I University. Massey has been married to his wife, Kaye, for 44 years and together they have two sons, Wade and Westin. After working as the General Manager of the Gulf Coast Cooperative Gin for 25 years, he joined VALCO in 2008 and was named President and CEO in 2013. Massey’s many contributions to the cooperative and commitment to VALCO are recognized by the industry. He is involved in his community and the cotton industry by serving several national-level organizations, including Cotton Council International and the National Cotton Council. Massey has also been a Ricardo’s Lions Club member and coached Kingsville youth soccer and baseball. His dedication to the cooperative and cotton industries makes him TACC’s 2021 Cooperator of the Year. 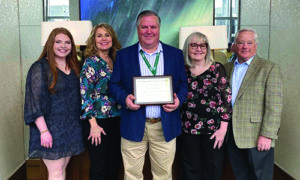 Tony Williams, former Executive Vice President of the Texas Cotton Ginners Association in Austin, Texas, retired from TCGA in April 2022. After graduating from Texas Tech University with a Bachelor of Science in Agricultural and Applied Economics in 1984, he committed his career to the cotton ginning industry and began working for TCGA in 1988. As the Executive Vice President, he was responsible for advocating for Texas gins in legislative and governmental affairs, directing the financial operations and leading their annual convention and trade show. Under Williams’ direction, TCGA has focused on safety and regulatory compliance barriers for their gin members to create a more attentive and cautious industry. Williams is married to Lagina, and they have raised two children, Jayna and Jaxson. He currently serves on several industry boards and committees including Board Chairman of the Texas Cotton Gin Museum in Burton, Texas. The TACC Distinguished Service Award highlights Williams’ effective leadership and dedication to the industry throughout his time at TCGA.