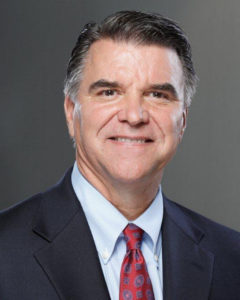 The National Council of Farmer Cooperatives is the voice of co-ops like PCCA here in the nation’s capital. Much like the National Cotton Council represents your interests as cotton producers and a cotton co-op, NCFC works with federal policymakers on the issues that directly impact farmer co-ops and their members. I would like to touch on just two of the issues that we are working on that I believe would be of interest to you.

The first is climate change. NCFC was one of the four founding members — along with the American Farm Bureau, National Farmers Union, and the Environmental Defense Fund — of a group called the Food and Agriculture Climate Alliance, or FACA. Founded back in early 2020, FACA was established to provide all parts of the food and agriculture a seat at the table on the issue. An important part of FACA’s work is to ensure that policymakers “get it right” when developing public policy on agriculture and climate. The group is guided by three core principles — policies must be voluntary and market-and incentive-based; outcomes must be grounded in  science; and resiliency must be promoted to help rural communities adapt to climate change.

One of FACA’s key achievements so far was developing a model for pilot projects that served as a model for the U.S. Department of Agriculture when they developed their Partnership for Climate-Smart Commodities. At the moment, FACA is also working on recommendations for the 2023 farm bill, including suggestions of how Congress should use the money for climate-smart agriculture that was included in the Inflation Adjustment Act that passed last summer.

Based on the feedback from our co-op members, NCFC knows that, beyond FACA and what Congress may or may not do, climate change is an issue that is here to stay. Partners further down the supply chain continue to make carbon reduction commitments that they are asking suppliers, like co-ops, to meet. We know that consumers, especially young consumers, increasingly want to know how the food they buy or the clothes they wear impact the climate, the environment, and the community. In this regard, the cotton industry is in my opinion far ahead of others in agriculture with the adoption of the U.S. Cotton Trust Protocol, and I believe that the Trust Protocol will serve as a model for others in agriculture when it comes to communicating our commitment to sustainability.

The second issue I would like to touch on is labor. When I talk to policy makers today, it is hard to put into words the depth of the labor crisis that agriculture faces. By this point, they know about the farm-level crisis that farmers and ranchers face. But over the past year, labor issues have pushed past the farm gate – at NCFC’s annual meeting last February, when asked what the most pressing issue was for their co-op, every CEO and chairman I spoke to said it was finding a workforce for the co-op.

NCFC is taking a two-pronged approach to addressing this issue. For over a decade, the organization has chaired the Agriculture Workforce Coalition, which brings agriculture together to push Congress to act on labor reform at the producer level. With legislation having passed the House of Representatives last year, the push is on in the Senate, where a companion bill could be taken up during the lame duck session after the election.

On the co-op side, NCFC is working to ensure that any bill contains a provision that clarifies that certain farm-related jobs at co-ops are eligible to be filled by guest workers in the H-2A program. For other jobs at the co-op, NCFC has brought our Human Resources Working Group together to discuss the issue and share experiences across co-ops in search of a solution.

These are just two of the dozens of issues that NCFC works on for our members. I would like to thank everyone at PCCA for their strong support of and active engagement in the organization. We value the partnership and look forward to continued work on issues impacting co-op members.