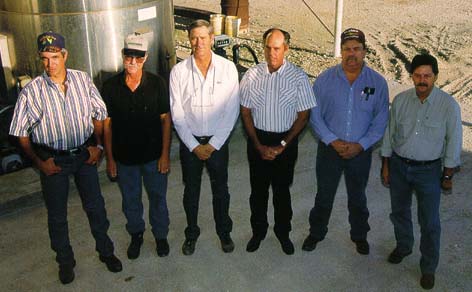 Cooperation is alive and well in the Coastal Bend of Texas where a new venture recently celebrated its first anniversary. Based on the first year’s operations, there will be many more.

Coastal Acres, LLC, a supplier of fertilizer and other crop production inputs near Corpus Christi, TX, completed its first year of business on December 1. The company was formed when eight local cooperatives realized in 1998 that they could better serve their patrons by eliminating competition among themselves for sales of fertilizer and other products.

To compete with other major manufacturers, the eight local coops committed to buying an adequate facility, shut down their local retail fertilizer outlets and combine their assets into the LLC for a full-service crop production center.

“It was neat to pull together eight coops, focus on one idea and purchase the facility we needed,” says Jim Massey, manager of Gulf Coast Cooperative, a partner in the LLC. Following a brief search, the new company found the facility it needed.

Terra Industries, a competitor of the local coops, was about to start closing and liquidating many of its retail farm supply facilities in 1998. One of the facilities was located next to U.S. Highway 77 between the towns of Robstown and Driscoll west of Corpus Christi. The strategic site contained 8,000 tons of liquid fertilizer storage capacity.

“At our first meeting with Terra’s management, representatives of all eight coops and 30 to 40 producers who farm a combined 100,000 acres or more were present,” Massey recalls. “Terra knew we were serious and that we were willing to buy another facility down the road.” By the time the sale was completed, Coastal Acres was already in the middle of fertilizer season.

“This is a state-of-the-art facility that is strategically located,” says Manager John Miller. “We can load an 18-wheel truck with liquid fertilizer in eight minutes,” he says. Such efficiency is important since the company serves approximately 200,000 acres of crop production. 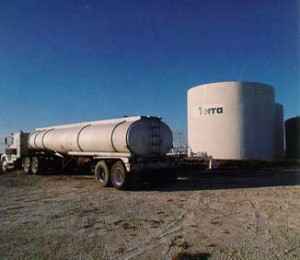 “We have an integrated mixing plant for ag chem products,” notes Miller. Coastal Acres’ chemical sales from December 1998 to August 1999 totaled $3.0 million and could exceed $4.5 million this year, according to Miller’s estimates.

“Our goal is to become a full-service supplier of fertilizers, chemicals, seed and provide soil analysis for our customers,” Miller says. “We want to do whatever it takes, agronomically, to complete a crop.”

The eight local coops with the vision and foresight to create Coastal Acres, LLC, are: Chapman Ranch; Coastal Bend; Petronilla Grain; True; Driscoll Grain; Gulf Coast; Agua Dulce; and Banquete Grain. Each coop has a seat on the board of directors, and their respective managers serve as advisors to the board.