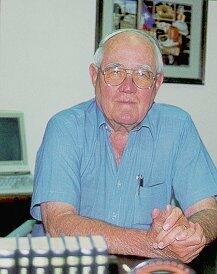 After eight years of being president and general manager of South Plains Industrial Supply (SPIS), now doing business as Consolidated Bearing and Supply Company, Dan Fields will be retiring in July. His role in helping establish SPIS and his service to the company has been tremendous.

From 1969 until his first retirement in 1989, Fields was manager of State Line Coop Gin in Gaines County. His sound business judgment and involvement along with his ability to initiate and complete projects earned him the Texas Agricultural Cooperative Council’s prestigious Cooperative Ginner of the Year award in 1989. While he was the manager of State Line Coop Gin, Fields also was president of the Plains Cooperative Managers Association. As president of that organization, Fields served as chairman of the committee that created SPIS in September of 1986.

Upon retirement as manager at the gin, Fields was employed by SPIS and worked as a road salesman for three months. When SPIS changed management in 1989, Fields became general manager and has witnessed various changes in the company throughout the years 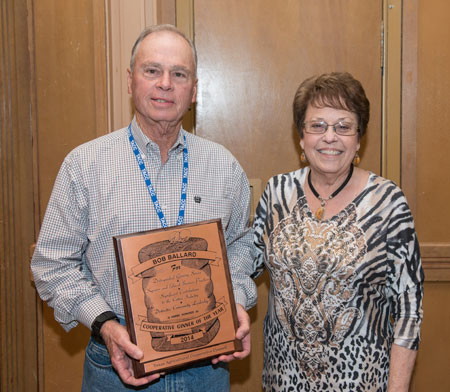 Fields knows that being a supplier of gin parts is a competitive business, but customer numbers will increase with the variety of product lines carried by Consolidated Bearing. Fields also believes the company’s success is not only dependent upon customers, but on quality employees as well.

“The success we have enjoyed is due to a group of qualified employees with a broad knowledge of the cotton industry,” Fields comments. “Our employees’ length of service has been from six to 10 years.” After the purchase of Consolidated Bearing, employees from both companies were retained.

Following Fields’ retirement, Bob Ballard, who is presently the assistant manager and has been with SPIS for two years, will become the new manager. Ballard has worked with Fields for 20 years through the Plains Cooperative Managers Association and the start of SPIS.

“Dan is well respected by all of his employees, colleagues, and in the cotton industry,” Ballard says. “I could best describe Dan Fields as a strong-willed individual who is honest and has always held cooperatives’ …best interests very close to his heart.”