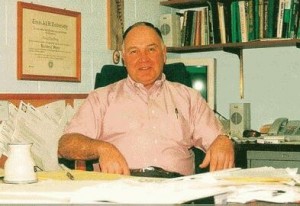 Many members of Plains Cotton Cooperative Association (PCCA) have found themselves in the spotlight for their achievements and awards. Dr. Dan Krieg, cotton producer, PCCA delegate since 1993, and university professor has joined that circle.

“The fact that PCCA serves as our marketing arm is important to me,” Krieg says. “They have the capability and have proven to be vital to the producer in marketing our cotton. Through TELCOT, the marketing pool, and the denim mill, they provide a great service for their members. I am proud to be a part of them and fortunate to have my gin’s (Abernathy Coop) support.”

Establishing himself as a farmer and leader is not all that Krieg has accomplished. His laboratory research, hard work and dedication to his many fields of study earned him the 1995 Research Award in Cotton Physiology at last year’s annual Beltwide Cotton Conference in Nashville, TN. 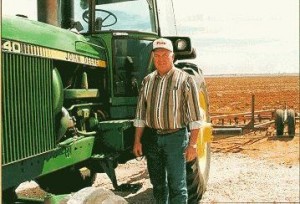 From his family farm in Thrall, TX, to the classroom and laboratories of Texas Tech, Krieg leads a life full of discoveries. He left home in 1959 in search of the dreams he held while working and living in his small town. Krieg’s journey led him to Texas A&M University where he earned a bachelor’s degree in agriculture with an emphasis in crops. He decided to stay at Texas A&M and four and a half years later received his doctorate in plant physiology in 1970.

Somewhere between the late nights studying and his thesis preparation, Krieg met his wife Lee Ruth, and they were married in December, 1965. With their two daughters, the Krieg family made their way to the South Plains in 1970 where he found a way to balance his love of family, the farm, research and education on the plains of West Texas.

“In the early years, I worked with the Texas Agricultural Experiment Station as part of a cooperative research program with Texas Tech. It allowed me to work as a researcher and as a professor in the Plant and Soil Science Department at Tech,” Krieg says.

After 28 years in the classroom, he still enjoys teaching the leaders of tomorrow.

Krieg has accomplished more than just leading his undergraduate students into a better understanding of plant physiology. He also leads a team of graduate students in the lab, and field as well, where they study such things as the effects of narrow-row cotton, the basic processes of photosynthesis, carbon and nitrogen transport systems, seed viability and soil fertility and plant nutrition.

When asked about the primary focus of his research, his answer was simple; “water.”

“On the South Plains, we have an almost unlimited need for water and a limited amount to work with,” Krieg says. “To ensure that the agricultural and economic future remains bright, we must develop solutions for more efficient water use now. We want to develop plants and management systems which use this limited water resource with the greatest efficiency in producing crop yields.”