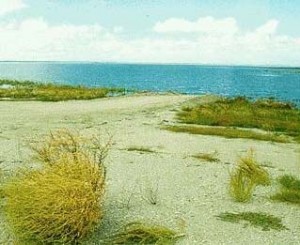 The drought of 1996, which left water in many Texas reservoirs at record-low levels, has prompted new legislation to help manage this valuable resource. Photo by John Johnson

An intense drought and projected population growth has forced the state of Texas to focus much of its attention on water during the current legislative session, but easy, agreeable solutions are not anticipated.

A comprehensive water management plan was introduced in January by State Senator J.E. “Buster” Brown of Lake Jackson. Lt. Governor Bob Bullock soon said it is the most important bill for consideration this session, hence its designation as Senate Bill 1 (S.B. 1).

The legislation, according to Brown, seeks a balance between sound water conservation practices and the rights of landowners, an assertion that is doubted by some in agriculture. The scarcity, competition for water, heightened environmental concerns and the expensive cost of developing new water supplies has made sound water management increasingly difficult to achieve in this state, Brown has noted.

Texas is one of only three western states without a comprehensive drought management plan. The drought of 1996, particularly in South Texas, brought to the forefront the need for such a plan. The state senator has cited losses to farmers and ranchers of $2.1 billion and an overall $5 billion loss for ag- related businesses in the state. Population growth further complicates the issue.

Texas’ population has doubled since 1960, and it is expected to double again by the year 2050. However, the Texas Water Development Board predicts there will be enough water by that time to handle the additional population plus meet additional industrial and municipal needs contingent upon a 12 percent increase in the current water supply. To help achieve the 12 percent increase, groundwater and surface water supplies for agricultural irrigation will be severely affected, according to a leading water attourney. 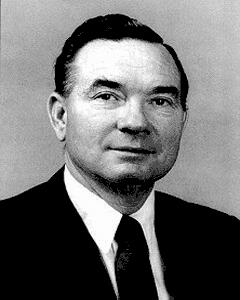 Senate Bill 1 is expected to facilitate the creation of local water districts throughout the state, granting them limited authority, and to require all water districts to develop water management plans which must be approved by the Texas Natural Resources Conservation Commission (TNRCC). If the local district does not adopt an approved plan, TNRCC can take enforcement steps, impose penalties and fines, or dissolve the district’s elected board of directors, require a new board to be elected and that it adopt a plan consistent with TNRCC’s proposals.

“The policy of groundwater management is best accomplished by groundwater districts implementing local strategies,” Brown said. Another provision that concerns agricultural interests is one that would allow the state, for a period of 180 days, to require that water be transferred from non-municipal or domestic uses, to public water supply uses. In other words, it could take water intended for crop irrigation and divert it to municipalities in need. Although compensation would be provided, the issue is certain to spark heated debate regarding property rights and the right or rule of capture which has dominated Texas’ water laws throughout much of its history.

The only significant change to the rule of capture occurred in the 1950s when the Legislature allowed creation of local groundwater districts with property taxing powers and the ability to regulate the use of groundwater within the district. S.B. 1 could impose further restrictions on farmers and ranchers, and small wells used for domestic and livestock use that previously were exempt from local district regulations no longer will be. It also could eliminate the property owner’s absolute right to pump up to 25,000 gallons per day without regulation by the district.

“I don’t agree with some recent court rulings regarding water rights,” said Texas House Agriculture and Livestock Committee Chairman Pete Patterson. “I believe water is a natural resource, and the landowner should be the owner of water under his or her property,” he continued. “As the water bill makes its way through the Legislature, we must make sure ag producers maintain their water rights.” S.B. 1, which is contained in a 166-page legal-sized document, would require $50 million in general revenue funds to be set aside for implementation.

For obvious reasons, the bill has attracted the attention of most, if not all, agricultural interests represented in Austin. A leading authority on property right and a member of the Texas Agricultural Council is Ed Small, a partner in the Austin law firm of Small, Craig and Werkenthin which represents the Texas and Southwestern Cattle Raisers Association. He also is a highly respected authority on environmental and water law.

“There are things we like and dislike in Senate Bill 1,” Small said.”We have a chance to put some things into the bill that will make it better, and we’re confident a lot of changes will be made.” Small added that it will be a lengthy process.

“I expect the bill will drag throughout the entire legislative session, and not all of this bill will pass this session,”he continued. “It could take two years or more.”

Senator Brown also has said feedbeck from ag producers, energy producers, business owners, cities, counties, and others will be sought during the legislative process. There is little doubt that a lot of people will have a lot to say.