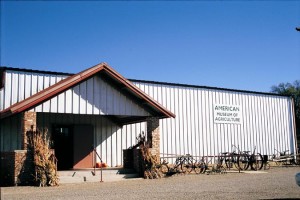 The American Museum of Agriculture (AMA) in Lubbock is approaching a critical moment in its history. By November 1, 2008, the museum must raise $1 million dollars to take advantage of a generous offer from the City of Lubbock to donate a 25-acre plot of land. This site is just east of downtown Lubbock between Mackenzie Park and the American Wind Power Center.

Lacee Fraze, executive director of the museum, said the museum is in the middle of a campaign to get funding to build the new facility. The city’s one stipulation in the contract was that by November 1, 2008, the museum must raise a total of $1 million dollars to uphold the contract.

“We need the support of all people in the Southwestern United States, not just people in the agricultural industry,” Fraze said. “We need people who want to see this new facility become a reality.”

PCCA President and CEO Wally Darneille and his wife, Margy, are personally involved in helping raise the building fund because they feel the museum is important to the entire agricultural industry as well as the whole High Plains area. 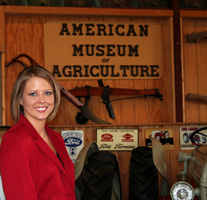 “We believe the AMA can be a tremendous tool for attracting young people to agriculture through education and hands-on involvement. I hope PCCA members will join us in supporting this effort,” Darneille said.

Fraze said the biggest difference in the new facility is that it will be more interactive and educational. She said they will be able to share the story of agriculture with students and people of all ages.

The new facility will also have a meeting room that can be used by different groups for board meetings, presentations, and workshops.

So far the museum has raised almost $800,000, but it still needs support to reach the fundraising goal before the deadline. Supporters have less than two months to raise a little over $200,000.

Anyone who would like to make a one time gift or a multi-year pledge can make a donation strictly to the building fund. There also are multiple levels of museum membership.

For more information about how to make a contribution or pledge or to become a member, visit the museum’s website at www.agriculturehistory.org or contact Fraze at 806-239-5796.