Meeting The New Crop Year With an Air of Optimism 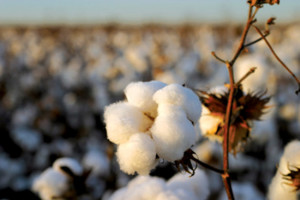 In late December, good news was hard to find in the cotton industry. Most of the 2008-09 cotton crop was out of the field, but a global economic recession sent cotton sales grinding to a virtual halt. Despite the “gloom and doom,” an air of optimism remained.

“Unfortunately, for the time being we’re dealing with a lack of demand, a worldwide economic crisis, a tightening of credit like we have not experienced in a long time, and the sheer uncertainty of what the market will do tomorrow,” said Lonnie Winters, PCCA’s vice president of marketing. “Those factors have many market players on the sidelines.”

Although there was some demand for high-quality tenderable cotton styles, the marketability of the 2008-09 Texas/Oklahoma/Kansas cotton crop was compromised by quality issues resulting from adverse weather early in the season. Nevertheless, Winters was confident the cotton eventually would find a home.

“With slowing demand and sales, the season could be very drawn out,” Winters cautioned. “I’m hopeful that the world economy eventually will turn around resulting in a boost in consumer confidence and an increase in cotton sales to the textile mills that survive these difficult financial times.” 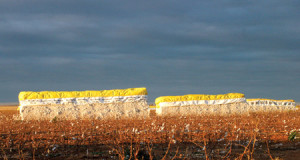 As 2009 approached, the weakening U.S. dollar added some support to the cotton market and the commodity complex as a whole, and projections pointed to a continued deterioration in the dollar’s value. Some observers felt the situation could be the “wildcard” the cotton market needed as a declining U.S. dollar could translate into strengthening commodity prices. Others, however, were not positive the circumstances would boost the market.

“The weaker dollar may have very little impact on the short-term demand for cotton,” a market analyst said. “Consumers in the U.S. and in many of the other key world economies are unlikely to see a jump in discretionary spending for household furnishings and clothing items no matter what currency these items are traded in,” he noted.

Hampered by rising unemployment rates, consumer confidence remained at historical lows in many major consumer economies, suggesting weak consumer spending likely would continue into the next year. Meanwhile, there was mounting evidence of deterioration in emerging economies, and growth estimates were being revised downward for developing countries originally believed capable of weathering the economic crisis. According to experts, it would be unusual to see the trend reversed over the near term.

Data from USDA’s December supply/demand report contained few, if any, surprises for industry observers. The department’s estimates for 2008-09 showed lower domestic mill use and exports compared to the previous month, resulting in higher ending stocks. Production was raised slightly.

Domestic mill use was reduced 100,000 bales, reflecting a marginal decline from the level of recent months. Exports were reduced 750,000 bales as sharply lower world consumption is expected to limit demand for U.S. cotton. Accordingly, ending stocks were raised almost 15 percent from last month to 7.1 million bales.

World numbers included lower cotton production, consumption, and trade. USDA reduced its world production estimate 1.4 million bales from its November figure as lower production for India, Brazil, Egypt and others was partially offset by an increase in Pakistan. World consumption was sharply reduced for the second consecutive month as deteriorating economic conditions continued to fade demand prospects. Consumption was lowered 2.7 million bales to 116.6 million with China, India, Pakistan and Turkey accounting for most of the decline. The revised world consumption estimate was 5.5 percent lower than 2007-08 which is the largest year-to-year percentage reduction since 1943-44.

Consistent with lower world consumption, USDA lowered world trade by seven percent in its December report due mainly to lower imports by China, Pakistan, and Turkey. India, the United States, and Uzbekistan account for most of the reduction in world exports. World stocks were raised 2.4 percent, but still are 2.6 million bales below the beginning level.

As the 2008-09 cotton harvest season neared an end, the market outlook slowly shifted to the 2009-10 crop. Many in the industry said the outlook for cotton appeared grim as the global market continued to contend with a more than ample supply and a worsening economic situation that threatened to undermine retail sales. Reduced acreage, competition from other crops with better profit margins and higher production costs also would affect how much cotton farmers will plant in 2009. The cotton market as a whole had left some producers “shell shocked” as volatility during the past year had been the rule and not the exception.

“I think the keys to cotton’s rebound in 2009-10 will be a smaller number of planted acres in the United States, the resurrection of the global economy, and a resurgence in cotton demand,” Winters explained. “It might take a while, but I’m optimistic that the cotton market will turn around,” he concluded.