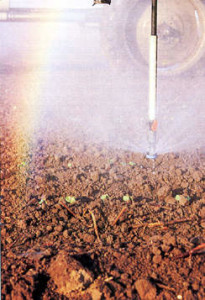 Market volatility continues to dominate the New York Cotton Exchange as traders search for a clear direction. The instability may continue for several months as fundamental factors send mixed messages to market participants. In fact, the U.S. situation appears to be bearish, but anticipated foreign production figures look to be bullish.

On the domestic front, the massive high pressure system, which is “cooking up the grain belt” and bringing rain to the Southeast cotton region, might hinder the harvest process should it persist through mid- September.

On the international front, India and the uncertainty surrounding the lack of rain in its cotton areas continues to be a major issue for the market as the weather there still shows no sign of monsoonal activity. The rainy season is important for the country’s cotton output as approximately 80 percent of India’s annual rainfall occurs from June to September. Rains by the second week in August are crucial, according to local traders.

“This is the worst and most widespread drought in the last 10 to 12 years,” the Indian Farm Minister told a meeting of his ministers in New Delhi. Some forecasters believe he is being quite conservative. In fact, one meteorologist says India is on its way to the driest summer in more than 25 years.

In spite of the crop concerns in India, prospects for world cotton production during the 2002-03 season have improved during the past month, according to U.K- based Cotton Outlook’s (Cotlook) July world supply/demand report. In fact, Cotlook now pegs world production at 88.22 million bales, 1.06 million bales more than its previous estimate.

“A large gain has been recorded in the United States where the USDA has substantially raised its assessment of the condition of crops in most growing areas,” a Cotlook representative said.

“Likewise, improved weather conditions have helped plants in much of Central Asia, the Middle East and China make up ground after a poor start to the growing season,” he added. Currently, the U.S. crop appears to be improving weekly region by region.

“Although there are a few rough spots and some widespread dry areas, the crop may climb above 18.0 million bales and could push higher,” an optimistic cotton market observer commented.

Crop estimates are scattered in a wide range, as other analysts do not anticipate a 2002-03 crop larger than 18.0 million bales. Due to the robust outlook for the upcoming crop, market observers are anxiously awaiting any quantitative figures with which they can more accurately estimate the size of the U.S. crop. Therefore, the market is expected to “tread water” until data arrives from USDA representatives who will be in the fields the first of August collecting yield data for the August 12 release of the department’s crop production report.

While the supply side of the equation is exhibiting signs of bearishness, the demand side is providing support for the bulls. U.S. mill consumption in June was annualized at 7.93 million bales, better than expected, and May consumption was revised upward slightly. Thus, U.S. mills have managed four consecutive months of solid offtake, suggesting that they can be counted on to use approximately 8.0 million bales for the next year or more.

“Longer term, I like the bullish equation, but the bears have plenty of ammunition, and Mother Nature could give them more or take away some,” one trader said. “The joy of this market is there finally is some disagreement about market direction. Who will win out is yet to be seen,” he added.