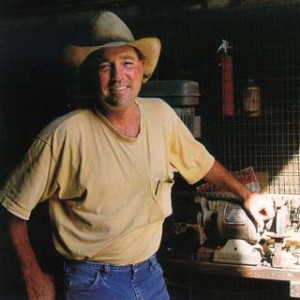 Steve Lievens has come full circle: from the family farm in the Lower Rio Grande Valley (LRGV) to managing his local cooperative and back to the farm. The decisions he made throughout the journey were based on careful evaluation.

But the last one, the one to return to the farm, was the easiest, albeit a bittersweet one. That decision involved family, and anyone who knows Steve Lievens knows family comes first. Lievens’ father, a second-generation farmer from La Feria, was diagnosed with a terminal illness in 1995. With no one else to take charge of the family business, the younger Lievens knew what had to be done.

The journey began in the mid-1970s following college. Lievens entered the family’s diversified farming operation of citrus, grove care, cotton and corn production just north of La Feria. One day while checking his crops, Dan Robinson, manager of La Feria Cooperative met Lievens on the turnrow. The manager announced his planned retirement, and he asked Lievens to consider applying for job.

“I thought he was joking, and I actually laughed out loud,” Lievens recalls. Later, he was offered and accepted the job.

“The freeze of 1983 was the worst I had ever been through, and it taught me just how quickly life can change.” Although Lievens continued to assist his father on weekends, his new journey soon became one of discovery.

“Even though we had always been members of La Feria Coop, I had to learn a lot about cooperative management and principles,” Lievens continues. “I knew what profit was, but learning the different coop terminology and accounting procedures was a challenge.” Based on La Feria Coop’s success and growth from 1985 through 1998, Lievens learned his new job quite well. 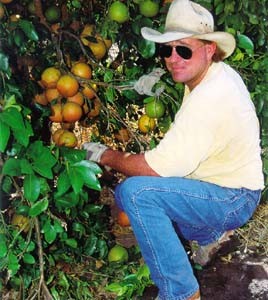 “We like the pool marketing and especially the Mill Option program. They’re two of the best programs PCCA offers.”Steve Lievens

“There is something to be said about the cooperative system,” Lievens continues. “You’re never out on a limb by yourself. There are hundreds of people out there eager and available to help in any way possible.” His best teacher and advisor happened to be La Feria’s office manager, Rita Schreiber. “She had the patience to keep me creative and alert.”

Lievens first focused on the coop’s inventories, sales margins, accounts receivable and potential clients. It soon became apparent to the new manager that the coop’s multiple physical locations should be consolidated. He began by building a new store to house La Feria’s seed, hardware, fuel and tire shop in one general area.

Lievens also became computer literate, enabling him to revamp the coop’s ticket sales with point-of-sale transactions and streamline some of the tedious parts of managing a business. He also stressed customer service and price to increase sales.

“We increased our non-member business by offering those items and services often found elsewhere but at better prices and convenience,” Lievens explains. “We also sold our anhydrous and liquid fertilizer rental equipment to La Feria’s patrons which reduced their on-farm expenses and simplified their operations. This included transport deliveries at substantial cost savings with pre-bookings and guaranteed price protection.”

Lievens may be proudest of the progress achieved by La Feria’s cotton ginning operation including construction of a new gin rated at 32 bales per hour. The construction was completed in 1991, and it now complements the present supply store facility. Additional enhancements during Lievens’ tenure included writing a bale packaging computer program that was specific to the coop’s operations.

“We finally had the entire coop operation in one, central location,” says Lievens. “It was the best decision the board ever made, and it really made this cooperative.” Later, La Feria purchased additional land adjacent to the gin and supply store for a total of 100 acres. More important, the acquisition provided the coop with adequate buffer zones and the freedom to provide the agricultural community with products in a rapidly growing urban area.

Then came the mid-1990s and the kind of news no child ever wants to hear about a parent. Upon learning of his father’s illness, Lievens began spending more time seeing to the day-to-day operations on the family farm. Throughout the ordeal, Lievens continued to advise the La Feria Board of Directors about his personal situation. Eventually, a decision had to be made.

“I have always believed family comes first, so it was an easy decision to make,” Lievens recalls about his resignation from the manager’s position he had held for 13 years. “I know the board understood my situation and my reasons for returning to our family business. I thank them for their support.” Today, Lievens grows cotton which, of course, he delivers to La Feria Coop.

“All of our cotton is in PCCA’s South Texas Marketing Pool as it has been since 1988,” he says. “We like the pool marketing and especially the Mill Option program. They’re two of the best programs PCCA offers.” Lievens also manages a grove care operation largely for absentee orchard landowners.

“Most of our grapefruit orchards are exclusively the Rio Red variety,” he adds. “Our oranges consist of Navel and Marrs varieties.” Lievens markets the majority of his clients’ citrus through local packing sheds and operates a fruit stand at the farm from Thanksgiving week through April for “Winter Texans” and the local community. During the fall of the year, he continues with hedging and topping citrus groves throughout the LRGV.

Lievens’ corn production is a white, food-grade variety that he sells to a local elevator. All of his crops are irrigated, requiring two full-time employees and two seasonal hands during busy times.

Reflecting on the years he managed the La Feria Coop, Lievens says, “We constantly looked for new ideas and ways to improve our operations. Competition and new sales angles were a full-time job, and we were not content to stand still.” The people for and with whom he worked also provide good memories.

“I enjoyed working with the finest group of farmers and employees that can be found,” he says. “Their trust in me made all the difference, and it gave me the latitude to help make this cooperative one of the best in the Valley.”

Lievens appears content with his career’s journey. Watching him do the daily chores of farm life is proof that you can go home again.