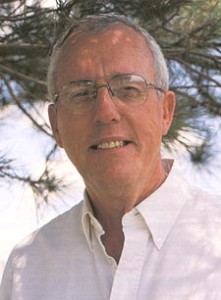 Gene Beck traded his keys to the door of New Home Cooperative Gin for those of a pickup connected to a travel trailer and set off for the cool pines of Ruidoso, N.M., with his wife and family to begin his retirement on July 1, 2003.

After more than three decades of employment with cooperative gins in the area, Beck practically had become a fixture in the West Texas cotton industry. However, Beck’s road to a life in the cotton business took a few turns before delivering him to a coop gin office.

In 1963, Beck, a man with a small family, lost his job with the railroad due to company cutbacks. Recognizing the prosperity of grain elevators on the Texas High Plains, Beck sought and received a job with Producers Grain Corp., a regional grain cooperative in Plainview, Texas.

“I enjoyed working at a regional coop, but I wanted to get more on the producer level,” Beck says. “Even though I knew far more about grain than I did about cotton, I jumped at the chance to accept a bookkeeper position at Littlefield Farmers Cooperative Gin and Elevator in 1966.”

“I grew up in Central California and wound up moving to West Texas when I married a West Texas girl,” Beck recalled. “The people here have been very good to us, and that has been the best part of it all. You’ll find no finer people than those living in West Texas.”

“We wish Gene well in his retirement,” says Hancock. “If he puts as much effort and energy into retirement as he did into working in and for the coop system, his days will be filled, and everyone he comes in contact with will be blessed.”