Cotton producers in Texas, Oklahoma and Kansas continue to benefit from a program that began in 1982 when American Cotton Growers (ACG), a pool marketing and denim manufacturing cooperative, began paying a premium to its members who produced higher strength cotton. Although born out of necessity, the premium for strength had a domino effect throughout the U.S. cotton industry. 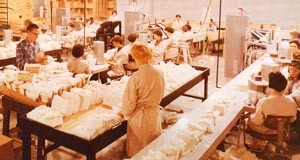 The management and board of ACG realized stronger cotton was needed to withstand the increased speed and efficiency of open-end spinning equipment at the cooperative’s denim mill at Littlefield, Texas, in order to meet the increasingly higher quality standards of its customer, Levi-Strauss & Co.

“We kept hearing strength was the most important quality characteristic ACG and other U.S. mills wanted in Texas and Oklahoma cotton,” David Stanford, PCCA vice president of sales, recalled.

To meet the needs and standards of the textile industry, producers began demanding seed varieties with stronger fiber characteristics in order to receive a better price for their cotton. The breeders responded, and a 12 percent increase in fiber strength resulted within the first two years of the incentive program. 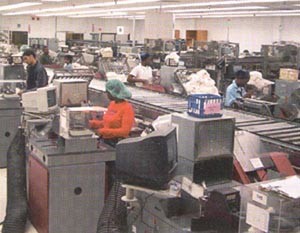 “Producers in this area began growing the types of cotton being sought by the U.S. textile mills,” Stanford said.

As strength improved, so did markets for the region’s cotton. An area that once had limited marketing options due to a reputation for low quality cotton experienced new demand as U.S. mills began to consume more and more cotton from the Southwest.

The incentive program, which PCCA continued in 1987 after acquiring ACG, also worked hand in hand with a new classing system. Former PCCA textile engineer, Emerson Tucker, and Motion Control, a cotton classing instrument company, began developing High Volume Instrument (HVI) classification in the early 1960s. Today, HVI is used in all USDA classing offices. HVI, which was near completion when the strength premium program began, has allowed for a more consistent, reliable and faster system of classing.

ACG and PCCA were the pioneers of building the market to what it is today for Texas, Oklahoma and Kansas cotton through the premium for strength program. The cooperatives had set an example, and in 1991 USDA added a strength premium to its loan chart. The incentive program was an unqualified success. Average strength has increased 26 percent in the past 21 years, and with the increase in strength, other fiber properties improved as well.

The program has proven itself over the years. More than $90 million have been distributed in strength incentive payments with an average of $4.80 per bale since the program began, and the future appears to be strong.