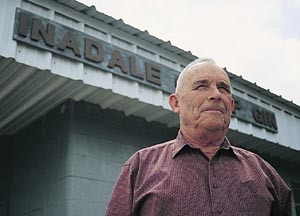 Jackie Randolph spent every moment of his career as a coop gin manager. Randolph began “running suction” in Afton, Texas, when he was 16 years old, and in 1957 he became manager at the gin in Pettit, Texas. After 20 years in Pettit, he accepted the manager’s position at Lorenzo Coop Gin and spent 28 years at the facility before retiring earlier this year.

Randolph is thankful for the patrons and cooperative officials he had the opportunity to work with over the years.

“The directors knew what they wanted, and I could give them what they needed,” Randolph said.

During his years in the cotton business, Randolph witnessed many changes. Noting the importance and benefits of advancement in technology and the way the business operates, he retired with some advice for future ginners.

“If you are going to stay in the ginning business,” Randolph said, “you better gin it today.” This statement expressed the significance Randolph placed on being able to adapt to the ever-changing ginning industry. 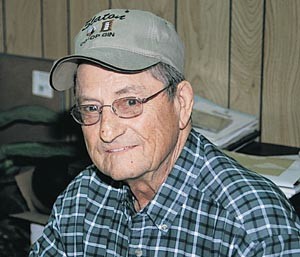 Bobby Britton, the 1995 Cooperative Ginner of the Year, spent 42 of his 44 years in the cotton business as a coop employee. Encouraged by an uncle to join the cotton business, Britton received his first taste of gin management when he took an assistant manager position at South Plains Gin in South Plains, Texas, before he moved to the South Smyer Coop Gin where he stayed for 14 years. He then managed Earth Coop Gin in Earth, Texas, before moving to Slaton Coop Gin where he remained for 18 years.

Britton credits the relationships he formed with his patrons in allowing him an enjoyable career at the coop. During the entire time he spent in the cotton business, Britton’s wife, Dorothy, worked for him at the office for 35 years.

“When you look in my eyes, you will see C-O-O-P,” Britton said. “To me, that’s just the way to go because when a dollar is made the farmer is guaranteed to get his share.”

Like Britton, Randy Small credits the people he worked with as the greatest aspect of his gin management career at Castro Coop Gin. Small worked nights and weekends at the gin before becoming manager in 1984. During his 20 years as manager, the gin handled a record 21,927 bales in 2002. Small also served his industry as a member of the Texas Cotton Ginners Association Board of Directors. 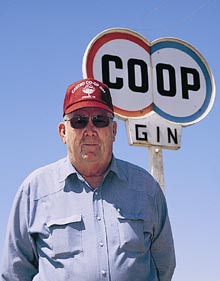 Small was familiar with the ginning business before taking the position. His father was a ginner in East Texas, and Small grew up around the gin yard.

“I told dad if I ever got away from the gin he’d never catch me back there,” Small said. “I guess I had to eat my words.”

David Server grew up in the ginning business as well. His father owned and managed a gin in Welch, Texas, and Server has worked in the industry

since he was 12 years old. In 1961, Server spent four years constructing ginning facilities while he worked for North Gordon. After the company consolidated with Continental in 1965, he went back to the family gin at Welch where he eventually purchased and managed the facility until he accepted a position as manager at Wellington Coop Gin in 1991. He stayed at Wellington for two years, and in 1994, he became manager at Inadale Coop.

During his time in the cotton industry, Server accepted additional roles to help better serve his members. He was a TACC board member and an alternate representative for both the PCCA and PYCO delegate bodies.

Server spent the last 11 years of his extensive career managing the Inadale Coop, a career in which his wife, Evelyn, was an integral part since 1957. Evelyn retired from her position as the bookkeeper and office manager at Inadale Coop along with her husband.