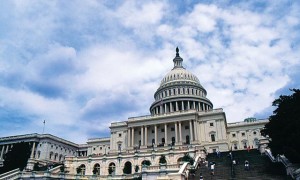 U.S. cotton producers continue to face difficulties resulting from a domino effect that began in 2006. First, they lost the Step 2 competitiveness provision of the 2002 Farm Bill which led to decreased foreign demand for U.S. cotton which, in turn, resulted in depressed prices for their crops. Thankfully, the farm safety net provided by the farm bill’s marketing loan has remained intact, but that, too, has been under attack.

The World Trade Organization’s favorable ruling on Brazil’s challenge to the Step 2 program forced the United States to eliminate it beginning with the 2006 crop. Without this price-competitiveness tool, U.S. cotton sales to foreign customers declined dramatically. Through late April, export sales of U.S. cotton were 38 percent less than at the same time a year ago.

Also in 2006, USDA announced new administrative rules for the 2006-07 and subsequent crop years requiring producers to pay compression charges on loan cotton forfeited to the Commodity Credit Corporation (CCC). The net effect was a lowering of the safety net via the cotton loan rate.

“We believe this was a contradiction of Congress’ intent and long-standing practice in setting the loan rate at 52 cents per pound FOB Warehouse at average location and has effectively reduced this to around 50 cents by forcing additional charges to be absorbed by the producer,” PCCA President and CEO Wally Darneille wrote to Teresa Lasseter, administrator of USDA’s Farm Service Agency.

“Whenever a buyer purchases cotton on FOB Warehouse terms, he accepts that all charges involved in getting that cotton shipped out of the warehouse are for buyer’s account,” Darneille continued. “This includes compression, load-out and storage from the time the buyer takes possession up until the shipment date. What we have tried to show is that the CCC should never have any liability for compression charges, thus there is no justification for the CCC collecting compression charges from producers on forfeited cotton.” In her response, Lasseter offered two reasons for the administrative rule change.

“First, CCC has required that loan collateral for marketing assistance loans be free of any liens and encumbrances so that its security interest in the cotton is fully covered by the pledged commodity,” Lasseter wrote. “Second, warehouse compression is a charge that warehouses rebate to the ginner of the cotton, and it does not represent a fee for any service provided by the warehouse.” As the 2006-07 marketing year progressed, other consequences of USDA’s decision became apparent.

“This threat of facing compression charges if loan cotton is forfeited has forced some producers to accept lower prices,” PCCA Chairman Eddie Smith told Congressman Randy Neugebauer at a meeting in April. “Therefore, they either do not use the loan program or they accept lower equity bids on cotton already in the loan,” Smith continued. “In fact, we have seen some producers sell cotton at prices below loan levels due to their fear of paying compression charges.”

CCC currently pays interest and storage charges on cotton loan redemptions when the adjusted world price (AWP) is below the loan rate. This provision greatly enhances the effectiveness of the cotton marketing loan and helps U.S. cotton to be competitively priced on a global basis. If this provision is revoked, it is likely that producers would be required to pre-pay storage as part of their loan proceeds, according to an action alert from the National Cotton Council (NCC). Based on average storage tariffs, this would effectively lower loan proceeds by as much as 4.5 cents per pound or $23 per bale, NCC noted. It also would tend to tie up cotton in the loan during the later stages of maturity as cumulative charges increase.

“I believe this is a direct contradiction of Congress’ intent in the 2002 Farm Bill to facilitate the orderly movement of U.S. cotton into world markets,” Smith explained to Congressman Neugebauer in April. As if to add insult to injury, the Administration’s 2007 Farm Bill proposal contains additional, potentially dire consequences for cotton producers.

The proposal contains a new means test for program payment eligibility through an adjusted gross income (AGI) rule. Specifically, any farm family with a three-year average annual AGI of $200,000 or more would be denied direct payments, countercyclical payments and marketing loan benefits. Thousands of farm families already subject to payment limitations would be targeted.

The current farm bill’s AGI rule is $2.5 million unless 75 percent of the income is derived directly from farming operations. The Administration’s proposal not only cuts the AGI to $200,000, it also eliminates the 75 percent exemption.

“Furthermore, this proposal is chauvinistic because it punishes farm families where a spouse has an off-farm job to provide additional income or to gain access to lower-cost group health insurance for their families,” Darneille says. “This and other changes proposed by the Administration are so draconian that they could devastate the economy of rural America. However, Congress will write the farm bill, not the Administration.”

Both the House and Senate Agriculture Committees have scheduled hearings in the coming weeks, and cotton producers are encouraged to contact their representatives regarding the farm bill as well as their concerns about compression charges and storage credits.

“Our message to Congress for the past several months has been consistent,” Darneille explains. “The 2007 Farm Bill should maintain the concepts of the 2002 bill and provide a safety net for farmers at a level equal to or greater than that contained in the ’02 bill.” The following is a summary of myths and facts prepared by the House Agriculture Committee and posted on NCC’s Web site. This information may be helpful for PCCA members to develop correspondence to their U.S. representatives and senators regarding the 2007 Farm Bill. For specific contact information, visit www.house.gov or www.senate.gov.

Myth #4 – U.S. farm policy is nothing but corporate welfare benefiting only those receiving direct help.

“PCCA staff has been in frequent contact with key members of the House and Senate Agriculture Committees and their legislative assistants,” Darneille explains. “However, it is more important for members of this cooperative to contact their representatives as individual cotton producers and ask those representatives to support the concepts of the ’02 Farm Bill and maintain the safety net it provided.”