SWCA: United Under a Common Goal 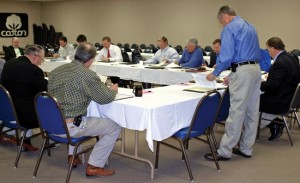 In this crucial time of American farm policy, agricultural commodity organizations and agribusinesses of the Southwest are fortunate to have a powerful voice in the newly formed Southwest Council of Agribusiness (SWCA) as Congress begins writing the 2007 Farm Bill.

The coalition was formed so that agribusinesses could take a more active role in advocating for strong U.S. agricultural policy vital to the producers, businesses and economy of the greater Southwest area. Specifically, the primary goal for the alliance at this time is reauthorization of the 2002 Farm Bill.

“Due to time constraints and the need for immediate action in Washington, the council was quickly formed in Oct. 2006 with the focus on extending or enhancing the 2002 Farm Bill,” said Steve Verett, executive vice president of Plains Cotton Growers.

The council hired former House Agriculture Committee Chairman Larry Combest and Tom Sell of Combest, Sell & Associates, LLC. Combest was selected primarily for his in-depth knowledge of the current Farm Bill and the legislative process. As chairman of the House Agriculture Committee in 2002, Combest helped author the bill, widely considered one of the best farm bills ever written, along with then ranking minority member of the committee Charlie Stenholm. 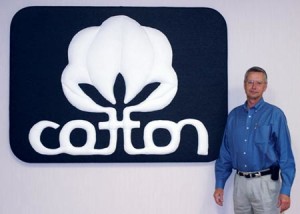 Mark Williams prior to the strategic planning session held in April.

Verett said he believes Combest was instrumental in the development of the SWCA coalition. When the council was being formed, Verett and others could not think of anyone better than one of the authors of the Farm Bill. With Combest’s name in the mix, Verett started calling to see who was interested in joining.

“When I mentioned Combest, it gave the coalition great credibility,” said Verett. Combest also was key to the council’s first visit to Washington earlier this year due to his reputation and credibility. He was able to introduce SWCA members to important congressional committee members and their staffs.

The SWCA board of directors is comprised primarily of representatives from commodity organizations. The council also includes a wide array of members that represent agribusinesses in Texas, Oklahoma and Kansas. Verett believes it is important for the council to have such a diverse membership including bankers, agribusinesses and non-agricultural businesses. This broad spectrum gives the council a larger “footprint” in Washington.

“I was grateful for the opportunity to meet with members of the Southwest Council of Agribusiness so I could listen to their needs and concerns first- hand,” Cornyn said. “As we move forward on authorization of the Farm Bill, I’ll continue working hard to ensure we do what’s right for Texas farmers and ranchers.”

“Good farm policy affects more than just producers,” said Verett. “This is why I feel it is so important for the council to have a very specific purpose at this time to convince Congress to extend the 2002 Farm Bill, and we would like to see more general businesses get involved, too.”

Mitchell Harris and Steve Verett participated in a second trip to Washington as a part of the Lubbock Chamber of Commerce’s annual D.C. Fly-In. That trip also had as a major focus the reauthorization of the 2002 Farm Bill and the importance of that policy to the Lubbock area economy. Additonal trips are planned for the near future.

There has been an interest in continuing the council after the 2007 Farm Bill is completed, but the board had to decide in whatcapacity it would exist, Verett explained.

“The strategic planning session was an important step in determining what, if any, role the council can have in the future,” Verett said.

With the impending Farm Bill being so critical, an alliance of visionary leaders like the Southwest Council of Agribusiness hopefully can continue to advocate for and support not only producers of the Southwest, but all those who depend on a healthy rural economy.