In Memory of Larry Lockwood 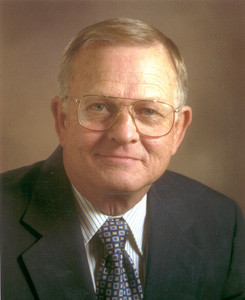 Larry Lockwood, a member of PCCA‘s Board of Directors since 1982, passed away on February 21. He will be missed by all of the directors and staff of PCCA with whom he worked so closely for more than 20 years.

“Larry was a dedicated member of our board,” said Jackie Mull, PCCA’s chairman of the board. “He fully understood the business of PCCA. His wisdom and keen insight will be greatly missed,” Mr. Mull added.

Larry Lockwood served on a number of coop boards including Spade Coop since 1971. In 1981, he became chairman of that board and served in that capacity until his death.

“He was very knowledgeable regarding coop politics, principles and philosophy, and he used that knowledge to the fullest in his service to Spade Coop,” said David Hampton, manager of Spade Coop. “His even-handed leadership will be sorely missed by all of us at Spade as well as by the other boards of which he was a member,” he added.

Brad Heffington, Larry’s son-in-law, commented on a poem that was included in Larry’s memorial service. “This poem reflects on Larry’s values and how important the farming lifestyle was to him and his family,” he said. “The best thing he taught me was to better myself through innovations. He was very proud of PCCA because it embodied the spirit of innovation.”

As a tribute to Larry Lockwood, we are including the poem that means so much to his family.