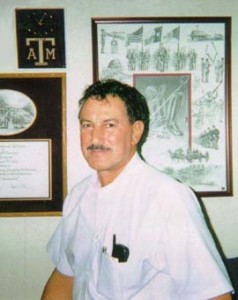 Fifteen years of progressive leadership and management were recognized in April when the Texas Cotton Ginners’ Association (TCGA) named Jimmy Roppolo, manager of Farmers Coop of El Campo, Ginner of the Year. The award was presented at TCGA’s annual meeting in Lubbock.

Roppolo was raised on his family’s cotton farm in Falls County, TX, and he had always looked forward to a career in the cotton industry.

Roppolo received a degree from Texas A&M University in agricultural business in 1970 and began his career with Farmland Industries’ management training program learning how to manage cooperatives. Later, he was transferred to El Campo, TX, as a field representative. As a child, Roppolo had acquired a fascination with cotton gins, however, the idea of managing one never entered his mind.

Roppolo has served as general manager of the Farmer’s Coop in El Campo since 1985, and he immediately set out to improve the coop’s ginning efficiency. The gin’s volume was about 10,000 bales per year when Roppolo first arrived but tripled a year later.

“At that time, we were very inefficient, and I realized workers’ compensation was a real problem,” said Roppolo. “I basically told the board we had to gin more bales per hour with fewer people.”

Last season, the two gin plants operated by the El Campo Coop handled more than 110,000 bales. In addition to cotton ginning, El Campo has a fuel division that allows farmers to obtain fuel 24 hours per day and an agronomy division that sells agriculture chemicals, seed and fertilizer. The coop also has cotton warehousing, a hardware store and sells farm supplies.

Roppolo became involved with the Texas Cotton Ginners’ Association after joining the El Campo coop and was elected to TCGA’s Board of Directors in 1986.

“The association has done so much for cotton ginning and the cotton industry in general that it is kind of sacred to me,” he said.

Roppolo’s plans include a continuous search for greater gin efficiency, and he is investigating ways to utilize electricity more efficiently and reduce operating costs.