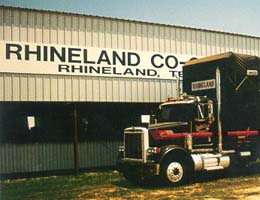 Six gins from Texas, Oklahoma, and Kansas have signed onto Plains Cotton Cooperative Association’s (PCCA) marketing programs within the last year. While some of the gins are well established and others are still under construction, all decided to join PCCA for a better way to help market their members’ cotton and increase the return on their investment.

Rhineland Coop Gin, which opened in 1898, sits on the banks of the Brazos River six miles north of Munday, TX. Operating as a coop for the last 52 years, Rhineland has 115 active stockholders.

Gin Manager Larry Tomlinson, who is starting his eleventh season with the gin, says their volume continues to steadily increase.

“We keep growing every year,” Tomlinson says. “Last year we ginned 20,000 bales, and 95 percent of that was irrigated.” Rhineland’s members decided to utilize PCCA’s services because they wanted some marketing help, according to Tomlison.

“The growers were fed up trying to market the cotton themselves,” Tomlinson says. Nearly 100 percent of Rhineland’s members will participate in the West Texas/Oklahoma Marketing Pool with a large percentage also participating in the mill option. 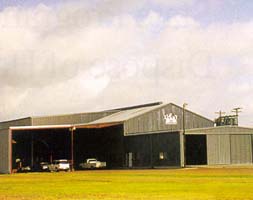 Elsa Coop Gin, located in the Lower Rio Grande Valley 10 miles north of Weslaco, TX, recently signed on with PCCA. Comprised of 85 members, the gin produces 8,000 to 10,000 bales each year. Manager Melinda Berg says the members were attracted to the convenience of PCCA’s marketing options.

“They like the idea of using the marketing pool so they don’t have to market their own cotton,” Berg says. Elsa will be participating in PCCA’s South Texas Marketing Pool.

Elsa Coop began operating in 1938 in downtown Elsa and in 1977 built a new gin plant north of the town where it stands today. Berg has managed the gin since January 1995, replacing her father who served as manager for 22 years. 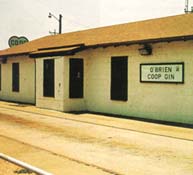 O’Brien Coop Gin is located three miles south of Knox City, TX. The gin began operating in 1936 and has remained a coop ever since. Gin Manager Tommy Chapman says he is “very satisfied so far” about the gin s new relationship with PCCA. Chapman says last year’s market prices caused the gin’s 182 members to choose to affiliate with PCCA.

“I think the market in ’98 sprung this deal since the prices got so cheap,” Chapman says. O’Brien has a ginning average of approximately 12,500 bales per year. 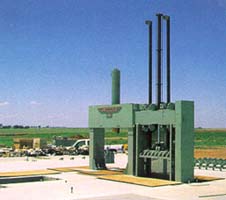 Ron Riley, manager of the new Parmer County Cotton Growers (PCCG) gin in Farwell, TX, say the gin’s members were attracted to PCCA “because of all that it has to offer.”

Currently, PCCG has 24 “first-preferred” stock owners with more expected. The gin is still under construction but should be completed by Sept. 15. It will have the capacity to produce 30 bales per hour and will utilize Intelligin, a computer system that maximizes cotton grades and turnouts.

Riley says that 98 percent of an estimated 30,000 bales PCCG expects to gin this season are signed up in the marketing pool. 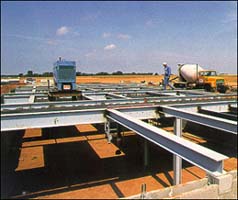 OK/KAN Cotton Coop, being built by six members in partnership with a private grain company, is located in Anthony, KS, nine miles north of the Oklahoma/Kansas state line. The gin is scheduled to be completed on Sept. 15 and hopes to gin 15,000 bales in its first year. Despite being new to the cotton ginning industry, Gin Manager Gary Feist feels very positive about OK/KAN’s new affiliation with PCCA.

“We feel like they’re a good organization, and they’ve done a lot to help us get going,” Feist says. The gin will have the latest technology in drying cotton and lint cleaning, and it also will be equipped with humidification systems to maintain cotton moisture levels. It will be capable of processing 30 bales per hour. 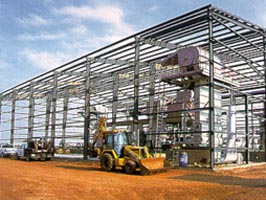 Great Plains Cotton Gin is being built in Blackwell, OK. Member Monty Kahle says area producers were transporting their cotton 150 miles to a gin for processing which was too costly. Kahle, along with 14 members, decided to build the gin, and he expects more members soon.

Scheduled for completion on Sept. 15, the gin will be “state of the art” with all new Consolidated equipment. It is expected to gin 30 bales per hour. Kahle says that Great Plains is glad they decided to join PCCA.

“We looked at both independent alternatives and PCCA, and the benefits from the pool, mill option, and the security of getting our money led us to believe that there was no doubt PCCA was the way to go, Kahle says.”

According to Kahle, 23,500 acres are signed up for the marketing pool with another 7,000 acres committed to the gin.