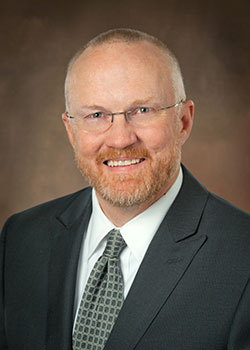 Cowart joined PCCA as a field representative in 1991 and was promoted to director of field services in 1995. Six years later, he became manager of PCCA’s Oklahoma Cotton Cooperative Association (OCCA) warehouse in Altus. Cowart was promoted to director of PCCA’s combined warehouse operations in 2008, encompassing operations in Oklahoma, Kansas, and Texas.

“Jay’s experience with member and gin relations and directing operations at our seven warehouse facilities makes him ideally suited to serve as vice president of the Warehouse Division,” Wally Darneille, PCCA’s President and CEO, said. “Jay will continue to live in Altus and work out of our OCCA office,” he added.

Cowart grew up on a farm in Jackson County, Okla., and graduated from Oklahoma State University with a bachelor’s degree in agricultural economics. He serves as chairman of the Bill Fitzwater Cooperative Chair Advisory Board, vice president of the Cotton Growers Warehouse Association, and secretary of the Oklahoma Cotton Council. His past service includes National Cotton Council Board of Directors and vice chairman of Producers Cooperative Oil Mill. Jay and his wife, Donna, have two sons and two grandchildren.

“The division is well positioned to handle both the present and future cotton warehousing needs, and I am excited to be a part of it,” Cowart said.