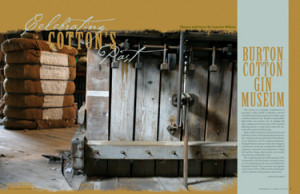 The results from the 2009 Cooperative Communicators Association (CCA) awards are in and once again PCCA shines among the best. 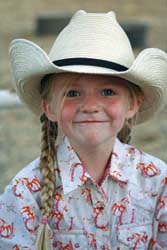 Lynette Wilson, Communications Manager in PCCA’s Public and Legislative Affairs department, received third place in the Photography category in the portrait division for her portrait “Hattie Flannigan- Mutton Buster.” Wilson also received first place in the Publications category in the words and pictures division for “Celebrating Cotton’s Past.” Photos and a story about the Burton Cotton Gin Museum were published in the Winter 2008-09 Commentator.

In addition to Wilson’s recognitions, Bill Curnow, PCCA’s Application Infrastructure Architect and Web Administrator, received third pace in the Programs and Projects category in the Web site division for the SAFEDenim Web site which launched in Spring 2009. When asked about his award, Curnow believes that “combining advocacy and e-commerce together in a single website is difficult so it’s gratifying to know that we managed to do that with some success.”