The Hand that Feeds U.S. 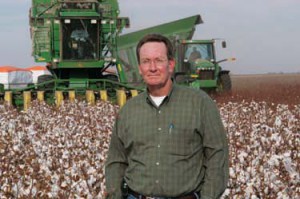 America’s farmers and ranchers have offered an outstretched hand to those that often have been viciously critical of agriculture – the urban media. The call for a truce is being led by The Hand that Feeds U.S., a new farmer-led project to improve agricultural relations with “big-city” reporters.

The Hand that Feeds U.S. (THTFUS) is an educational resource for the metropolitan media about the importance of U.S. agriculture to the security and future of the country. A spin-off project from the www.FarmPolicyFacts.org, THTFUS provides information relevant to the nation’s farming industry while striving to combat misinformation campaigns about food prices, renewable fuels, etc.

At the helm of the THTFUS is the Honorable Larry Combest. A Republican from West Texas, Combest was elected to Congress in 1984 where he served 10 consecutive terms. During his entire tenure in Congress, he served on both the House Committee on Agriculture and the Small Business Committee. As chairman of the Agriculture Committee, Combest was the chief architect and negotiator on the 2002 Farm Bill and directed the Agricultural Risk Protection Act which included the most significant improvements to the Federal Crop Insurance Act in its 67- year history. His reputation as a one of the most bi-partisan members allowed him to reach across the aisle to pass much needed legislation. 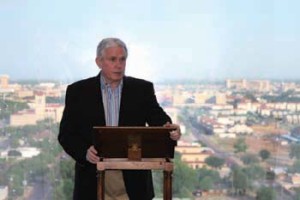 “It’s ironic that American farmers and ranchers are attacked for being rich agribusiness yet they lack the resources to adequately defend themselves,” Combest said. “The opposition spends millions on glossy advertisements, smear campaigns against renewable fuels, and tries to blame the farmers for high food prices while we try to scrape together the funds to fight back. The one-sided spin machine took its toll in the last Farm Bill, and we can’t sit back and let the attacks go unchallenged,” he concluded.

Though farmers may never be able to match agriculture’s opponents dollar for dollar, they do have some high-profile supporters on their side. Senate Budget Committee Chairman Kent Conrad (D-ND) and Ranking Member of the Senate Agriculture Committee Saxby Chambliss (R-GA) published an open letter to the news industry respectfully urging reporters to take the time to learn more about this effort, U.S. farm policy, and the farm and ranch families that keep America fed.

“In our country, we are two, going on three, generations removed from the farm. If farmers and ranchers don’t sing their own song, no one else will.”

“It makes no sense that we’re being demonized by many of the nation’s top newspapers,” said Linda Raun, a rice grower from El Campo, Texas, who is participating in THTFUS. “It’s not completely the media’s fault because we haven’t done a good enough job telling them our story. We’ve been negligent in explaining that farmers and farm policy feed and clothe every person in this country, employ 20 percent of the nation’s workforce and will be at the center of America’s economic recovery,” she explained. 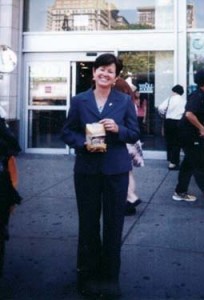 Funded by numerous state and national agricultural trade associations, THTFUS is a good first step in helping agriculture set the record straight. The multi- year effort will consist of a Website, facebook page, a twitter feed, and a series of face-to-face meetings with reporters across the country.

“We plan to build long-lasting relationships with journalists and show them that family owned and operated farms, not giant agribusinesses, are the true face of agriculture,” explained Texas cotton farmer and coalition member Steve Verett.

Verett, Executive Vice President of Plains Cotton Growers, Inc. and a member of the Lubbock Chamber of Commerce Ag Committee, has been active in the cotton community for more than 20 years and has held various positions with both national and global agricultural organizations. He strongly believes in the purpose of THTFUS and is happy to be involved in the project. In fact, Combest, Raun, and Verett recently visited the New York Times and CNN to introduce THTFUS and to answer questions about the project.

“We were generally well received on our visit to New York,” Verett said. “As you can imagine the CNN folks were much more interested in a human interest story for television, not debating the issue of who is getting subsidies, WTO and farm policy details. The New York Times was a bit different as you might expect, but one of the people we spoke to had a basic knowledge of agriculture and was open to learning more. He was very open-minded about our mission,” he explained.

In the next six months, the spokesmen hope to target other media in New York, Washington D.C., Chicago, Dallas, and cities on the East Coast. The coalition plans to encourage media to seek out THTFUS to obtain facts as they write agricultural articles in order to obtain an alternative and more positive viewpoint.

“In our country, we are two, going on three, generations removed from the farm. If farmers and ranchers don’t sing their own song, no one else will,” Combest concluded.

For more information about The Hand that Feeds U.S., visit www.thehandthatfeedsus.org.