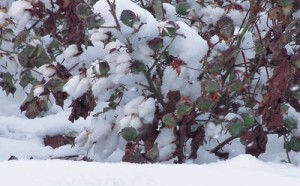 As late as mid-December, events of the 2004 crop year continued to keep producers and cotton market observers on the edge of their seats. Meanwhile, producers from Texas to Kansas worked diligently to harvest their cotton between weather fronts, and both the U.S. and world cotton crops continued to grow larger in governmental reports.

In its supply/demand report released on Dec. 10, USDA raised its forecast for 2004/05 U.S. cotton production to a record level of 22.82 million bales, up from its November estimate of 22.55 million. Cotton producers still are expected to harvest 13.22 million acres of cotton, unchanged from the department’s last report, but yields are seen stronger.

“The market is trading a huge world crop because almost every country in the world has had an exceptional year and will produce a record cotton crop,” says Lonnie Winters, PCCA’s vice president of marketing. “Every time we turn around there’s another record being broken this year. In Texas, we’ve had record acreage planted to cotton, record yields, record rainfall, and almost no abandonment which is also a record,” he adds.

Texas, the nation’s leading cotton producing state, is on track to surpass its 1949 production record of 6.0 million bales this year as producers now are expected to harvest 7.6 million bales. According to USDA, 5.5 million bales will be harvested just on the Texas High and Rolling Plains this season, more than the 4.25 million bales harvested throughout the entire state in 2003.

With Texas cotton producers harvesting a record crop, ginners say they’ll be busy months longer than usual. On the Texas High Plains, the largest cotton producing region in the country, wet weather has delayed harvesting by approximately one month. Gins there normally finish processing cotton by the first of the year, but sources in the area say it could be March before they wrap up the current harvest.

“The wet weather brought harvesting to a standstill for 15 to 17 days in November,” says Floydada Coop Gin Manager Leighton Stovall. “Favorable weather in early December allowed farmers back into the fields, but with the extraordinarily high yields we’re seeing in our area, we’ll probably be ginning until late February to compensate for lost time,” he adds.

A sizable amount of cotton on the High Plains was stripped in November in less than desirable harvesting conditions, thus providing a considerable challenge for both producers and ginners. As some of this cotton had yet to be classed by mid-December, concerns continued about the quality of the cotton.

“There is a large amount of cotton that will have lower grades as a result of the adverse weather we’ve experienced, and there’s more bark in the cotton than we’ve seen in years,” says Winters. “The discounts for quality are considerable, but this cotton is definitely still marketable. The yields this year have been astounding, and it appears the increase in yield might offset the potentially lower loan values of cotton for most producers,” he concludes.

As the 2004 harvest continues behind schedule and cotton market observers come to grips with a record world crop which most likely will result in lower cotton prices, Winters remains optimistic for next year.

“Low cotton prices are the best cure for low cotton prices, and this year’s bearish set of fundamentals will make the 2005/06 crop year much friendlier,” Winters says. “Worldwide, we can expect a reduction in the area planted to cotton and a return to normal yields next year which will result in reduced production.”