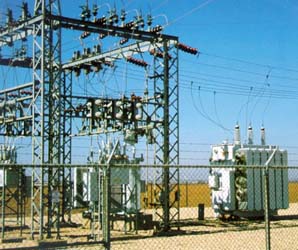 Deregulation of the electric industry could affect the input cost of irrigating cotton as well as the cost of ginning. Higher input costs in turn mean lower profits for producers, which is especially critical during periods of low cotton prices.

The history of electric deregulation began with the Energy Policy Act of 1992, which mandated wholesale competition within electric utility markets. States are to choose how they stand on retail competition among electricity vendors such as electric cooperatives and privately owned utilities. In 1997, the Texas Legislature considered restructuring the electric industry, but the legislation failed. Afterward, Lt. Gov. Bob Bullock established a Senate Interim Committee on Electric Utility Restructuring. The seven-senator committee is expected to prepare a final report including recommendations for the 1999 legislative session. As of Nov. 1, 1998, 13 states such as California and Oklahoma had enacted restructuring legislation for electric deregulation. Texas and Kansas were two of the 29 states and the District of Columbia that were investigating their options at that time.

Researchers at Texas Tech University have conducted a study to evaluate what could happen to growers who use electricity to irrigate in a 19-county area of the Texas High Plains region should utility rates increase as a result of deregulation. The 19-county area was chosen because of the significant irrigated acreage there. So far, no known scientific study has been lead to determine the economic impact on gins.

The Texas Tech study was done by researchers in the departments of mechanical engineering and agricultural and applied economics. Heading the project was Dr. Phillip Johnson, an assistant professor in the College of Agricultural Sciences and Natural Resources. The study, designed to discover the “potential economic impacts on irrigated crop production and regional economic activity from increased electric rates under utility deregulation,” showed that “cotton production was the most impacted” and the greatest losses in production value were seen in the southern sub-region of the 19-county area. The southern sub-region is comprised of Crosby, Garza, Hockley, Lubbock, Lynn, Terry and Yoakum counties, and the northern sub-region includes Armstrong, Bailey, Briscoe, Castro, Cochran, Deaf Smith, Floyd, Hale, Lamb, Parmer, Randall and Swisher counties. Texas, particularly the High Plains area, is expected to see a rate increase since current rates are relatively low compared to rates throughout the United States and other regions of Texas.

“While deregulation of the electric utility industry is perceived as a positive move to increase consumer choice and market competition, past experience has shown that the benefits of deregulation in other industries do not always flow equally to all consumers,” Johnson reported. His study used electric rate increase “scenarios” of 10 percent, 20 percent, 30 percent, 50 percent, 75 percent and 100 percent of the present average irrigation rate of 7.3 cents per kilowatt hour on the High Plains.

If utility rates increase as a result of deregulation, Johnson found that “farm level impacts were more significant, indicating a 40 percent reduction in per acre net return for irrigated cotton production when electricity was the irrigation fuel used under a 30 percent electric rate increase in Hale County.” Perhaps a more ominous situation, particularly with a growing season similar to 1997-98, is Johnson’s finding that when utility rates were increased by 30 percent, close to 5 percent of the area’s irrigated acres move into dryland crop production. At a utility rate increase of 50 percent, approximately 8 percent of the acreage became dryland. The other crops included in the study were corn, grain sorghum and wheat. Grain sorghum was considered as the dryland substitute for corn.

Irrigated production of the four field crops considered for the study region contributed $1.06 billion to the economy in 1996, according to the Texas Agricultural Statistics Service. Total impact on the state’s economy was estimated at $3.5 billion. Although the region would suffer some overall economic impact from utility rate increases, the impact is still more significant for rural irrigators, according to Johnson. However, irrigation for the region occurs during “peak times” of the summer when electricity generation costs spike because of increased power demand. Gins have a different scenario to consider.

“I have confidence in (rural electric cooperatives) to get the best deal for us,” Beck says. Kris Thomas, manager of Lubbock Cotton Growers, agrees.

“I have the lowest per bale cost in the state,” Thomas says. “I am happy with the deal I’ve got and pleased with my electric cooperative’s service.” However, Citizens-Shallowater Coop Gin Manager Randy Kennedy believes that gins will experience an increase in electric rates. He feels urban areas will benefit from deregulation, but gins in rural areas could take financial blows.

“We’re not going to see any significant cash savings,” Kennedy says. “There are much fewer electric meters spaced out in rural areas where most gins are located. The bottom line (for utility providers) is volume.” However, Kennedy also states that if enough gins were to join and pool their demand volume, some significant savings could be seen.

Texas Cotton Ginners’ Association (TCGA) Executive Vice President Tony Williams says his organization is the only agricultural group standing out in favor of retail competition in the electric industry. That is due to the fact that TCGA sees competition as an opportunity to capitalize on saving money for gins, and thus producers.

“We want retail competition because we have some gins in some areas that are paying higher rates than others,” Williams says. “We see this as an opportunity to aggregate groups of gins to gain lower rates.” TCGA currently has 295 gins in its membership. Williams feels that retail competition is beneficial for gins if they gain the ability to aggregate loads, go on the open market as a large industrial customer and try for the best deal. The “block” has a better chance of getting the best deal, he says.

The move toward electric deregulation has been driven by the development of more efficient technology in the utility industry, Williams says. He also points out that the generation side is the only portion of the industry being deregulated or allowed to enter retail competition. The transmission and distribution will continue to be regulated by the Public Utility Commission of Texas, he says.