Bold Action Required – A Roadmap for the 2023 Farm Bill 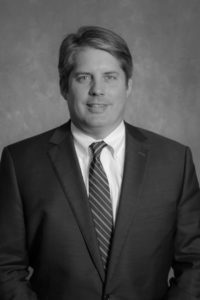 Even in the best of times, piecing together majorities in the U.S. House of Representatives and the U.S. Senate to pass a bill, which must also be signed by the President, is a daunting task. These are not the best of times, and it isn’t just that politics are ugly. Sky-high inflation, a slowing economy, and a staggering national debt and deficit are all big and complicated issues that will add levels of complexity to the debates in Washington.

The aim here is certainly not to diminish hopes or put a damper on hard work and action, because completing a strong new Farm Bill is critically important. But, in order to navigate the gauntlet, we need to be fully aware of the challenges. Here, we note four specific realities that are the primary obstacles as 2022 comes to a close.

Beware the hangover – agriculture is coming off a spending cliff, with limited budget resources looking forward.

In the 2018 Farm Bill, we passed a law that anticipated spending an average of $6.1 billion per year in safety net assistance (this included the cottonseed program that had been restored in the previous year). This compares to $8.6 billion per year that had been budgeted in the 2008 Farm Bill. Of course, the spartan 2018 Bill could not anticipate a trade war in 2019, the ensuing pandemic, or the weather events that would spur supplemental disaster assistance, and so we spent more than $50 billion on ad hoc programs (MFP, CFAP, WHIP, etc.) outside of the Farm Bill framework. Looking forward, the budget does not anticipate any of this extra spending, and the baseline programs are even skinnier at $5.6 billion per year. Unfortunately, the agricultural economy seems more precarious, not less, with astronomical input costs, rising interest rates, and labor shortages on top of supply chain issues. The safety net desperately needs to be updated to reflect these new economic realities, but to do this, new resources must be secured. The question is: will Congress have the wisdom to anticipate and provide for these needs on the front end where leaders can write a 2023 Farm Bill to a more realistic budget, or will they choose not to confront the issue and pay for it on the back end with more ad hoc programs?

Be aware of the company you keep – other titles of the Farm Bill are getting bigger and bigger, attracting negative attention.

While the farm safety net designed to support the critical industry infrastructure (our farm and ranch families) around our domestic farming enterprises is getting skinnier, other areas of the Farm Bill have swollen. In the 2008 Farm Bill, nutrition programs (SNAP, WIC, school lunch, etc.) anticipated spending $41 billion per year. In the 2018 Bill, that had moved to $66 billion per year. Under the current baseline, these programs will account for $109 billion per year in spending with most of the increase coming via a unilateral action by the Biden Administration that increased food stamp benefits by $250 billion. Similar unilateral spending actions have been used to push the Biden Administration’s “climate-smart” agenda. It is not that these policies are without merit or not worthy of debate, but it is a fact that they were never debated in Congress by lawmakers and, hence, they have created some Congressional backlash. The question is: will traditional alliances between farm and conservation and nutrition interests be sturdy and practical enough to build the bipartisan coalition needed to fend off attacks and carry the 2023 Farm Bill forward?

Beware of untested and murky waters – “climate smart” agriculture is a longstanding goal, with a host of new ideas that can divide.

As stewards of the land, farmers and ranchers have long worked to provide safe and affordable products that feed consumers around the globe. The farm safety net and crop insurance especially are designed to help independent farm families hedge the immense financial risks inherent in this most important goal. The conservation title of the Farm Bill is where voluntary, incentive-based programs, like EQIP, are established to come alongside farmers to make sure we are improving our soil and water resources. These are built on the principle of strong private property rights – that the farmer will know best what investments are needed to maximize the long-term productivity of the land. But there are some fringe elements in this debate that want to exert more control over how farmers and ranchers manage their land – a classic “Washington knows best” mentality. If the traditional model of a strong safety net, complemented by a robust conservation title that builds on the voluntary incentive-based model prevails, then this should not present a problem. If, on the other hand, efforts to blend or tie strings and red tape to the financial safety net pick up steam, it would doom the prospects of the 2023 Farm Bill from the start.

Beware of negotiating against ourselves – the challenges do not get any easier with delays, and might get much harder.

Like all things, the first step in an earnest Farm Bill push is the hardest. But with the 2018 Bill expiring at the close of next year and given the real needs that the current law is not capable of addressing, there is no better time than the present to begin. The fact is public support for agriculture has never been higher. From the recent pandemic, people have a greater understanding of how critical supply chains impact their daily lives and pocketbooks. We believe it is important to ride this wave of political support while it is still strong.

We know that America’s farmers and ranchers, coming together in great organizations like PCCA, aren’t ones to shy away from a fight. The road ahead may be intimidating. But lest we be daunted by these challenges, let us remember that farm bills have never passed because of favorable circumstances — rather, they pass because strong leaders from both sides of the aisle see the need and take charge. Think back to the efforts of Chairman Larry Combest boldly laying out a plan for restoring the safety net in 2002, and rewriting crop insurance in 2000. Think of Chairman Collin Peterson overcoming critics and a hostile Administration in 2008. Think of Chairman Mike Conaway restoring cotton in the 2018 Farm Bill. All these efforts were against the odds, but they all also demonstrate the power of agriculture when we do come together.

The farm policy we will seek to champion in 2023 would not be possible without the incredible leadership and innovative spirit of these and other leaders. Just as we do, these leaders have always looked to America’s producers for inspiration and sought to emulate the spirit of producers, a spirit built on the simple conviction that necessity is the mother of invention.

We should never forget all of those who brought us to this point in the history of farm policy. Instead, we must always recognize that we stand on the shoulders of giants and we can see farther and more clearly because of it. By reflecting on where we have been, with reverence for those who have brought us to this point, we gain critical wisdom from the lessons learned in order to build stronger and better going forward.